California’s Independent Contractor Statute is Not Preempted by Federal Law 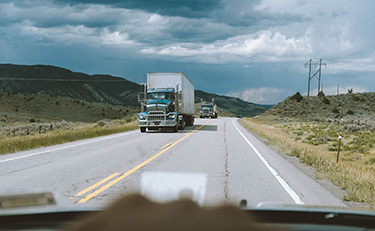 At the heart of the issue was Assembly Bill 5 (“AB-5”), codified as California Labor Code section 2750.3 on or about January 1, 2020 (and more recently revised as a result of Assembly Bill 2257). This statute promulgated the previously judge-made “ABC test,” which was designed to delineate between employees and independent contractors. Subject to several exemptions, the ABC test provides that a person is an employee unless:

(B) The person performs work that is outside the usual course of the hiring entity’s business.

(C) The person is customarily engaged in an independently established trade, occupation, or business of the same nature as that involved in the work performed.

This statute was analyzed in light of the FAAAA, which provides for federal authority over interstate transportation and preempts a wide range of state regulation of interstate commerce. The federal statute explicitly enumerates that a state “may not enact or enforce a law, regulation, or other provision having the force and effect of law related to a price, route, or service of any motor carrier […] with respect to the transportation of property.”  (49 U.S.C. § 15501(c)(1).)

In vacating the trial court’s injunction preventing enforcement of AB 5, the 9th Circuit concluded that the test to determine whether a motor carrier is an employee or an independent contractor under Labor Code § 2750.3, et seq., did not directly or acutely impact the “prices, routes or services” of a motor carrier.  Instead, the independent contractor test was simply a “generally applicable law” which did not “bind” motor carriers to specific prices, routes, or services at the consumer level.

The 9th Circuit’s conclusion in California Trucking Association is puzzling given that only four months prior the same court found that California’s meal and rest break rules were a burden interstate commerce on this same class of workers and preempted state law on that basis. The determination of whether a worker is an employee or an independent contractor seems likely to bear on the “price, route, or service of [a] motor carrier” for this same reason.  Indeed, even the 9th Circuit promoted FAAAA preemption on a local level when it found that the federal law preempted a city-imposed concession agreement that motor carriers should transition to using employees only to operate at the Port of Los Angeles. (Am. Trucking Ass’ns, Inc. v. City of L.A. (C.D. Cal. 2008) 577 F. Supp. 2d 1110, 1117.) In that case, the court concluded that the agreement would possibly force motor carriers to change their price, routes or services “in a way that the market would not otherwise dictate.”  (Id.)  Absent an appeal to the 9th Circuit en banc or the United States Supreme Court, however, motor carriers will need to closely adhere to this decision and ensure that they are appropriately classifying their drivers in compliance with California law.

This publication is published by the law firm of Ervin Cohen & Jessup LLP. The publication is intended to present an overview of current legal trends; no article should be construed as representing advice on specific, individual legal matters, but rather as general commentary on the subject discussed. Your questions and comments are always welcome. Articles may be reprinted with permission. Copyright 2021. All rights reserved. ECJ is a registered service mark of Ervin Cohen & Jessup LLP. For information concerning this or other publications of the firm, or to advise us of an address change, please send your request to marketingemail@ecjlaw.com.