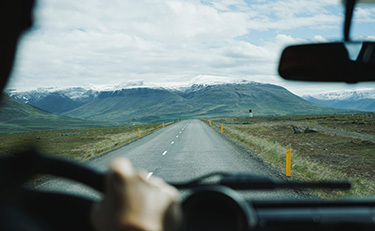 The issue of whether the Federal Motor Carrier Safety Administration (“FMCSA”) preempted California law was first raised by a petition from a group of motor carriers in 2008. At that time, the FMCSA determined that commercial motor vehicle drivers subject to FMCSA’s hours-of-service regulations were also subject to California’s more stringent meal and rest break rules.

Both state and federal courts were quick to abide by the FMSCA’s ruling. On May 3, 2019, in Ayala v. U.S. Xpress Enterprises, Inc. et al., Case No. EDCV 16-137-GW (KKx), for example, the Central District Court of California entered an order dismissing meal and rest break claims applying to interstate drivers due to preemption. The District Court concluded that it lacked authority to do anything other than enforce the FMCSA’s ruling as required pursuant to 49 U.S.C. § 31141, which specifically provides;

(a) Preemption After Decision

A State may not enforce a State law or regulation on commercial vehicle safety that the Secretary of Transportation decides under this section may not be enforced.

Not to be denied, a union of motor carriers appealed to the 9th Circuit Court of Appeals to challenge the underlying 2018 FMCSA ruling.

This year the 9th Circuit upheld the federal preemption under the framework of the Administrative Procedure Act and published its decision in International Brotherhood of Teamsters, Local 2785 v. Federal Motor Carrier Safety Administration (2021) 986 F.3d 841. Throughout the opinion, the 9th Circuit gave due deference to the FMCSA’s 2018 ruling.

The court first considered whether California’s meal break rules were regulations “on commercial motor vehicle safety”, which was the FMCSA’s original position in 2008. Concluding that they were not, the court determined that the FMCSA explained its departure from its prior position in its 2018 opinion and granted deference to the FMCSA’s current interpretation.

Finally, the court considered the question of whether the FMCSA’s three bases for preemption were arbitrary or capricious. The court analyzed only the third of these: that enforcement of California’s meal and rest break rules would cause an unreasonable burden on interstate commerce.  The court again deferred to the FMCSA, which found that enforcement would burden interstate commerce as a result of decreased productivity and increased administrative burden. Because this third ground was sufficient for preemption, the 9th Circuit did not analyze whether California’s meal and rest break rules (1) had no safety benefit; or (2) were incompatible with federal regulation.

This rare victory for employers in California should be met with measured celebration. On the one hand, employers subject to this ruling will be able to minimize their administrative burden and cost of providing additional breaks for drivers beyond those required by the Motor Carrier Safety Act. On the other, employers with drivers should carefully assess whether their employees are properly subject to the Motor Carrier Safety Act and attendant hours-of-service regulations. Given the extensive list of exceptions, unquestioningly assuming that all drivers engaged in interstate commerce are exempt from state meal and rest break rules would be an expensive trap for the unwary.

A separate consideration is the potential impact of the current presidential administration.  It is conceivable that Transportation Secretary Pete Buttigieg could alter the underlying regulations and implement a new level of deference to state and meal rest break laws. Employers and employment attorneys alike will need to keep a close eye on further developments as the Biden Administration continues and finishes its term.

This publication is published by the law firm of Ervin Cohen & Jessup LLP. The publication is intended to present an overview of current legal trends; no article should be construed as representing advice on specific, individual legal matters, but rather as general commentary on the subject discussed. Your questions and comments are always welcome. Articles may be reprinted with permission. Copyright 2021. All rights reserved. ECJ is a registered service mark of Ervin Cohen & Jessup LLP. For information concerning this or other publications of the firm, or to advise us of an address change, please send your request to marketingemail@ecjlaw.com.