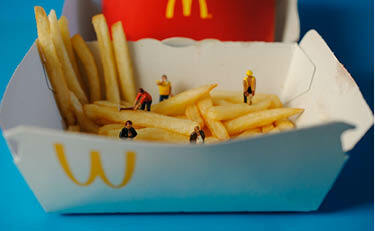 On September 5, 2022, Governor Gavin Newsom signed Assembly Bill 257, a controversial and far-reaching law that will have a major impact on California fast food employers and is likely to shape the way the state regulates other industries in the future.

AB 257, the Fast Food Accountability and Standards Recovery Act or FAST Recovery Act, regulates nearly all fast food restaurants in the state and is poised to dramatically shake up regulation of the industry and impose standards far beyond the already high standards set for minimum wages and working conditions as enshrined by California state law and local ordinances.

The bill defines “fast food restaurants” as those that are part of a chain consisting of 100 more establishments that “share a common brand, or that are characterized by standardized options for décor, marketing, packaging, products, and services.”  Restaurants located within grocery stores and bakeries are not considered fast food restaurants and are exempted.

Once the petition process is completed, the Fast Food Council will have broad powers to “establish sector-wide minimum standards on wages, working hours, and other working conditions adequate to ensure and maintain the health, safety, and welfare of, and to supply the necessary cost of proper living to, fast food restaurant workers and to ensure and effect interagency coordination and prompt agency responses regarding issues affecting the health, safety, and employment of fast food restaurant workers.”  This includes the power to raise the minimum wage for fast food workers up to $22/hour per hour in 2023. Commencing on January 1, 2024 and annually thereafter, the Fast Food Council may increase minimum wage by no more than the lesser of 3.5 percent or the rate of change in the averages of the most recent July 1 to June 30 period over the preceding July 1 to June 30 period for the United States Bureau of Labor Statistics non-seasonally adjusted United States Consumer Price Index for Urban Wage Earners and Clerical Workers (U.S. CPI-W).

The FAST Recovery Act provides that it is unlawful for any fast food restaurant to employ a worker for lower wages or for longer hours than those fixed by the minimum standards set by the Fast Food Council. The state’s Labor Commissioner and the Division of Labor Standards Enforcement are required to enforce the standards established by the council, and have the power to investigate violations and issue citations against employers.  However, neither the Occupational Safety and Health Standards Board nor local health departments are required to enforce standards promulgated by the Fast Food Council, but the council may petition the Occupational Safety and Health Standards Board for changes in safety and health standards.

Fast food restaurant employers are prohibited from discharging or retaliating against employees for (1) making a complaint to the media, the Legislature, government agency, or community-based organization about working conditions; (2) participating in a Fast Food Council or Local Fast Food Council proceeding; and (3) refusing to perform work in a fast food restaurant because they believe that the practices or premises of the restaurant would violate worker or public health and safety laws. In this regard, the bill creates a rebuttable presumption of unlawful discrimination or retaliation if a fast food restaurant operator takes any adverse action against one of its employees within 90 days following the date when the operator learned of the employee’s actions.

More importantly, AB 257 represents a radical step toward sectoral bargaining. Sectoral bargaining, which is common in Europe, allows workers to negotiate compensation and working conditions on an industry-wide basis. This stands in contrast to the American method of enterprise bargaining in which workers negotiate with individual companies at individual locations.  It should therefore be no surprise that the FAST Recovery Act is the result of substantial union lobbying, and was co-sponsored by the Service Employees International Union of California. In addition to quasi-sectoral bargaining, the law contains additional pro-union provisions, such as exempting fast food employees who are unionized as long as those employees receive 30% more than the state minimum wage pursuant to a collective bargaining agreement which expressly provides for the wages, hours of work, and working conditions of the employees.

Although the Fast Food Council is something new from the California legislature, hyper-focused legislation targeting particular industries has gained popularity among California lawmakers. For example, the Garment Worker Protection Act, which was passed in 2021 and will become effective on January 1, 2023, makes California the first state to ban piece rate pay for garment workers and makes retailers and fashion brands jointly and severally liable as “brand guarantors.” Similarly, multiple cities, including West Hollywood, Santa Monica, Oakland, Long Beach, and most recently Los Angeles, have passed local ordinances targeting the hotel industry and setting pay rates based upon a maximum square footage which hotel room attendants can clean in one shift.

Notably, the FAST Recovery Act was defeated in the State Assembly in June of 2021 after falling three votes short.  Passage of the bill this year was secured through a number of concessions, such as eliminating a provision that would have imposed liability on franchisors for employment violations by franchisees. Other concessions included preventing the council from creating paid sick or vacation benefits, or issuing regulations regarding predictable scheduling.

The author would like to gratefully acknowledge the editorial assistance of Kelly O. Scott.