ECJ Blogs
What Lawyers Should Know (But Mostly Don’t) About Financial Elder Abuse Claims
By Geoffrey M. Gold on 08.06.2018
Posted in The Real Dirt 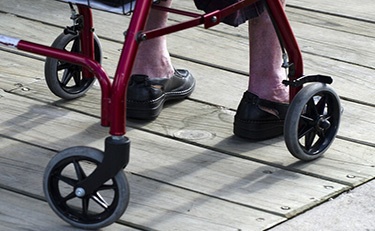 The financial elder abuse and fraud cases playing out in court right now surrounding Marvel Comics icon Stan Lee trace back to state laws enacted many years ago like the California Elder Abuse Act, designed to protect those over 65. However, many lawyers remain unfamiliar with them.

Here are 11 pointers on the California Elder Abuse Act for practitioners who may encounter financial elder abuse — the most common and fastest growing form of elder abuse.

Second: A plaintiff is authorized to seek the provisional remedy of an attachment pursuant to the act, a remedy which is otherwise unavailable to tort claimants. The act’s remedies are cumulative, so a plaintiff may seek, among other things, preliminary and permanent injunctive and declaratory relief and the remedy of constructive trust.

Third: Counsel should consider alleging claims for unfair business practices, breach of fiduciary duty and aiding and abetting a breach of fiduciary duty together when pleading a cause of action for financial elder abuse. For instance, if a finding of deceptive acts or unfair business practices directed at a senior is obtained, the fact-finder could treble the monetary award for the senior in certain circumstances under Civil Code § 3345 (a consumer protection statute which applies where penalty or deterrence remedies are authorized).

Thus, not only may statutory punitive damages be awarded under the act, but these damages may be tripled if proper findings are made. Further, elder abuse attorney’s fees and costs may also be subject to trebling under this statute, considering that the statute permits trebling for any “remedy the purpose or effect of which is to punish or deter.” Double damages may also be awarded under Probate Code § 859 if there is breach of fiduciary duty by a trustee or conservator

Fourth: Welf. & Inst. Code § 15657.7 provides that an action for damages for financial elder abuse must be commenced within four years after “the plaintiff discovers or, through exercise of reasonable diligence, should have discovered, the facts constituting financial elder abuse.” But in practice, wrongdoers are normally not in a position to invoke the statute of limitations. “Where a fiduciary relationship exists, facts which ordinarily require investigation may not incite suspicion. ... Where there is a fiduciary relationship, the usual duty to discover facts does not exist.”[3]

Fifth: “Financial abuse” of an elder occurs when a person or entity defendant “takes, secretes, appropriates, obtains, or retains real or personal property of an elder or dependent adult” for a wrongful use or with the intent to defraud, or takes the property by undue influence, or where a defendant (even one who owes no special duty to the plaintiff) assists another in so doing."[4] A defendant is “deemed to have taken, secreted, appropriated, obtained or retained property for a wrongful use” if the defendant “knew or should have known that this conduct is likely to be harmful to the elder or dependent adult.”[5] A defendant “takes, secrets, appropriates, obtains or retains real or personal property when the elder ... is deprived of any property right, including by means of an agreement, regardless of whether the property is held directly or by a representative of the elder.”[6]

Sixth, neither the competence nor the sophistication of the victim determines who can make a claim for financial elder abuse. Often, the proudest, most savvy, and well-educated fall prey to the unscrupulous because they are self-reliant and in denial about their limitations. For instance, a 75 year old doctor, sharp as a tack, was bamboozled by a representative in a bank who put him in an unsuitable investment, promising returns of at least 4%. The victim doctor discovered almost immediately things were not right—it appeared that all his money had been put in the stock market without his knowledge or consent. He was too embarrassed at first to tell anyone in the family and tried to fix the situation himself. The representative told the victim that the situation would be fixed. It never was. Fortunately, the victim had a relative who is familiar with California elder law. The problem was quickly resolved after threats of legal action, with the bank asserting that the doctor knew what he was doing. What the bank and the broker would have learned had the doctor been forced to file suit is that blaming the victim is not a defense to a financial elder abuse claim.

But he was too embarrassed at first to tell anyone in the family, and tried to fix the situation himself. The bank representative told the victim that the situation would be fixed. It never was. Fortunately, the victim had a relative familiar with California elder law. The problem was quickly resolved after threats of legal action, with the bank asserting that the doctor knew what he was doing. What the bank and the broker would have learned had the doctor been forced to file suit is that blaming the victim is not a defense to a financial elder abuse claim

Seventh: Unlike in a normal fraud case, the financial elder abuse claimant need not show actual or reasonable reliance to her detriment. Let us consider a case in which a financial adviser causes his senior victim to disproportionately capitalize the adviser’s family’s risky real estate partnership investment. When the adviser obtains advances of money for this investment from the senior, the advances are treated on the books as capital contributions. When the adviser’s family contributes funds in the same investment, they are booked as loans. Then the adviser causes capital distributions to be made to his kids so they can pay taxes, while the senior victim receives no similar distributions.

The senior sues for financial abuse. At trial, the abuser says that he meant well, that the victim should have known she was being treated unfairly and unequally, and that she failed to object or do anything about it. The abuser asserts there was no actual or justifiable reliance, because the victim would have acquiesced to the treatment anyway, and she did no due diligence. That the victim may have been deficient in managing her affairs misses the point: Financial elder abuse is a form of fraud where no actual or reasonable reliance must be shown — and in some instances, no intent to defraud need be shown either.

Eighth: When presented with a potential financial abuse claim, the practitioner should consider as a possible defendant everyone who had a close relationship with the victim, and may have known about the abuse. Failure to act by a professional who should have disclosed wrongful conduct may support a claim for financial elder abuse, such as where a lawyer engaged in self-dealing,[7] or where an accountant prepared tax returns for both the victim and the abuser, yet did nothing to alert the victim she was treated inequitably. Accountants, attorneys, brokers and other fiduciaries may be sued for assisting, by silence, the commission of a bad act; simply not disclosing facts about mistreatment is enough to support a claim.

Ninth: An elder may not remember all material facts or who was involved, and may omit crucial information out of embarrassment, shame of even fear. The elder may believe that telling the whole story may cause a relative to limit the elder's independence, and even worse, initiate conservatorship proceedings. The elder may not notice irregularities or even bother to read documents.

I had an elder client who never realized until we were midway through litigation that signatures on some documents were not hers, after she had testified mistakenly in deposition that the signatures were her own. It is important to get a tolling agreement from all potential defendants and to make efforts to recover documents quickly because the victim may be ill-informed or unaware. Sometimes, a client may be best advised to sue first on information and belief, if it isn't possible to obtain a tolling or the information needed to make a decision about who to sue. It is wise to err on the side of inclusion.

Tenth: The practitioner should obtain all relevant documents, subpoena records and get forensic and other experts to help. In a case where we represented the estate of an elder and obtained a $1.8 million settlement just before jury selection,[8] it was an uphill fight until we finished expert discovery. We knew that the elder had contributed funds and had proof of crookedness by the abuser, but until we gathered bank and backup financial records and invoices and hired a forensic expert, we could not prove how much money was taken from the victim and where the money went. The abuser had claimed the money went into a partnership construction project. While some of the money was used properly, we discovered double-charging and embezzlement.

Eleventh: Watch out for corporate real estate defendants in elder abuse cases. If an elder abuse claimant is a shareholder or limited partner and the defendants are majority owners, defendants may argue that the only claim is a derivative one (as if one must elect the sole theory to try at the outset). This is a common game played by corporate real estate defendants in elder abuse cases. Don’t fall for it! The victim should plead and pursue both direct individual claims and derivative claims. Sometimes this is a gray area, but plaintiffs should avoid getting caught failing to state alternative claims and be barred.

Other games defendants may play include demanding that a bond be posted as a requirement for a derivative suit, or trying to take away the plaintiff’s jury trial right by arguing that derivative claims dominate and should be bifurcated and tried first to the court. Similarly, to frustrate dissolution claims, defendants may move to initiate an expensive statutory buy-out procedure that would be unfavorable to the elder. Careful pleading and strategic thinking is required when combining financial elder abuse claims with accounting, dissolution and direct and derivative causes of action for breach of fiduciary duty in the same action involving a corporate entity in which the elder is a minority investor.

Disclosure: The author served as counsel in Rose v. Bolin, discussed in this article.

The opinions expressed are those of the author(s) and do not necessarily reflect the views of the organization, or Portfolio Media Inc., or any of its or their respective affiliates. This article is for general information purposes and is not intended to be and should not be taken as legal advice.