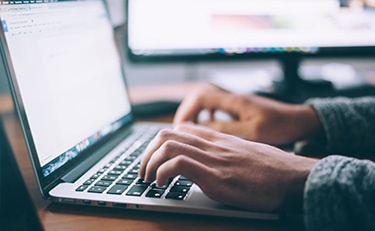 Below is a summary of recent developments for the Food, Beverage and Hospitality industry in terms of Internet laws and regulations. To learn more about these issues and how they affect the industry, join us on October 28, 2020 for our Industry Debrief on the CCPA, CPRA, Data Security and Other Risks.

In June 2018, California enacted one of the most comprehensive privacy laws in the country, the California Consumer Privacy Act of 2018 (the “CCPA”). The CCPA went into effect on January 1, 2020, and started to be enforced by the California Attorney General on July 1, 2020.

California voters are also considering Proposition 24, the Consumer Privacy Rights and Enforcement Act of 2020 (“CPRA”).  CPRA would build on the underlying principles of the CCPA by permitting consumers to: (1) prevent businesses from sharing personal information; (2) correct inaccurate personal information; and (3) limit businesses’ use of “sensitive personal information”—such as precise geolocation; race; ethnicity; religion; genetic data; union membership; private communications; and certain sexual orientation, health and biometric information. The CPRA changes the criteria that certain businesses must meet in order to be required to comply with these privacy laws. The new Act would also prohibit businesses’ retention of personal information for longer than reasonably necessary; triples the maximum penalties for violations of privacy rights concerning consumers under age 16; and establishes a brand new state agency, the California Privacy Protection Agency, to enforce and implement consumer privacy laws and impose fines.

Several hospitality chains, restaurant groups and delivery services have announced data breaches. International companies have already been penalized for violating the GDPR, which could foretell a similar trend under the CCPA. Restaurant Dive reported that 62% of restaurant customers surveyed were concerned about a data breach.

Because restaurants, hotels and wineries are places of public accommodation that must meet certain standards for accessibility under the federal Americans with Disabilities Act (“ADA”), the food, beverage and hospitality industry has long been aware of the need to closely follow physical accessibility standards.

However, in recent years, courts have extended the ADA to apply to websites and apps. In some cases, companies have been sued and fined for failure to meet Web Content Accessibility Guidelines (WCAG). WCAG are designed to make Internet content accessible to people with disabilities, who may rely on aids such as screen readers. Additionally, California courts have found that the state’s Unruh Civil Rights Act also creates an obligation for businesses that are places of public accommodation to comply with the WCAG.

Recent court decisions have found that because restaurants and hotels are places of public accommodation under the ADA, their websites and apps must meet WCAG standards. This creates a need for business owners to design their apps and websites in compliance with these standards or risk ADA lawsuits.