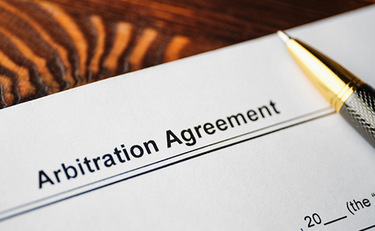 Since the California Supreme Court’s ruling in Iskanian v. CLS Transportation Los Angeles, LLC in 2014, it has been widely understood that Private Attorneys’ General Act (“PAGA”) actions cannot be subject to employment arbitration agreements. The rationale for this decision has been that PAGA actions are unique in that the employee that brings the claim is not acting in an individual capacity, but rather acts as a representative for the Attorney General on behalf of the State of California.  For that reason, the Federal Arbitration Act (FAA), which would otherwise preempt any state law limitation on the enforcement of arbitration agreements, has not been held to compel arbitration of PAGA claims.

However, that may soon change.  One case, Viking River Cruises v. Moriana, has made its way to the United States Supreme Court to test this established precedent.  On March 30, 2022, the Court heard oral argument to consider the question: does the FAA require enforcement of a bilateral arbitration agreement providing that an employee cannot raise representative claims?

The opinion by the Court, expected by the end of June 2022, may have far-reaching consequences beyond the narrow PAGA issue.  One such consequence of the Moriana decision may be reflected on the concurrently pending case of United States Chamber of Commerce v. Bonta, which embodies a challenge to California’s newly-enacted statutory restriction prohibiting mandatory arbitration agreements. On February 14, 2022, the 9th Circuit agreed that the Chamber of Commerce’s petition for rehearing en banc would be deferred until the Supreme Court resolves the question in Viking River Cruises.

Despite being enacted in 2004, PAGA remains a contentious topic for all California employers who complain about the abuse of the statutory scheme by the plaintiffs’ bar and the extreme expense associated with the stacking of PAGA penalties upon existing Labor Code penalties.  In addition to court challenges, PAGA has also been the subject of efforts to reform the statute by ballot proposition. Indeed, one such effort is in the signature stage. Thus, whether through a decision by the United States Supreme Court or by proposition, employers may soon see a different, more manageable PAGA.