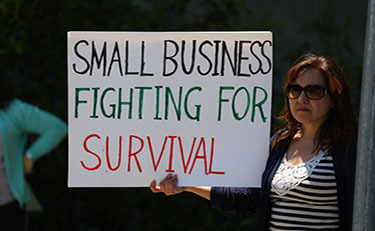 Since being enacted in 2004, the Private Attorneys General Act (PAGA) has been a proverbial bogeyman for employers in California. Despite having only a one-year look-back period, PAGA claims commonly inflate plaintiff’s demands and judicial decisions to a punitive degree that decimates an employer’s incentive to maintain a business in California. This statute, among other factors, has served to motivate a mass exodus of businesses fleeing to other, more business-friendly states. While PAGA has withstood many challenges and attempted reforms over the years, there is little doubt that change is necessary.

Previously, in 2017, three PAGA reform initiatives were filed, but did not gather the requisite number of signatures to make the ballot. However, the governor’s state-wide shutdown in March 2020 and the resulting business closures may force voters to re-evaluate the pressures on businesses in California.  With tensions at a boiling point, a coalition which includes three prominent business associations – the California Chamber of Commerce, California New Car Dealers Association, and Western Growers Association – filed a measure to repeal and rebuild PAGA from the ground up.

The proposed measure, entitled “The Fair Pay and Employer Accountability Act,” must receive over 600,000 signatures from registered voters to reach the 2022 ballot. It is designed to shift enforcement responsibilities from an aggrieved employee to the Division of Labor Standards Enforcement (DLSE). To address the shift, resources and funding would be diverted to the DLSE to create a Consultation and Policy Publication Unit (CPPU), where aggrieved employees can report violations of the Labor Code and Industrial Welfare Commission Wage Orders. With more involvement from the Labor Commissioner, which would include being named as a party to any complaint filed with the Labor Commissioner's Office, workers would not need to hire a lawyer to recover compensation. Indeed, the law would be further reformed so that workers would receive 100% of the monetary penalties imposed, instead of 25% going to workers and 75% going to the California Labor and Workforce Development Agency (LWDA).  As another benefit to employees, employers who willfully violate the reformed law would be held accountable by doubling existing statutory and civil penalties. Finally, arbitration agreements would have no effect on PAGA claims filed with the Labor Commissioner.

The reform would also provide substantial benefits to employers. One of the main purposes of the reform is to protect small business from “shakedown lawsuits” – a common issue given that penalties currently can be stacked and accumulated to result in substantial sums for minor or inadvertent violations. Instead, the CPPU would be charged with assessing any violations and preparing a confidential written report for the employer. If the report identifies any violations, then those violations must be corrected within a reasonable time frame, but not more than 60 days. Further, having eliminated the need for workers to hire an attorney to litigate these claims, the measure would prohibit attorneys’ fees from being awarded in any PAGA action before the Labor Commissioner, with limited exceptions.

In sum, the Fair Pay and Employer Accountability Act strikes a balance between providing workers with remuneration without being so punitive to employers as to prohibit growth and expansion in California.

This blog is presented under protest by the law firm of Ervin Cohen & Jessup LLP. It is essentially the random thoughts and opinions of someone who lives in the trenches of the war that often is employment law–he/she may well be a little shell-shocked. So if you are thinking “woohoo, I just landed some free legal advice that will fix all my problems!”, think again. This is commentary, people, a sketchy overview of some current legal issue with a dose of humor, but commentary nonetheless; as if Dennis Miller were a lawyer…and still mildly amusing. No legal advice here; you would have to pay real US currency for that (unless you are my mom, and even then there are limits). But feel free to contact us with your questions and comments—who knows, we might even answer you. And if you want to spread this stuff around, feel free to do so, but please keep it in its present form (‘cause you can’t mess with this kind of poetry). Big news: Copyright 2021. All rights reserved; yep, all of them.