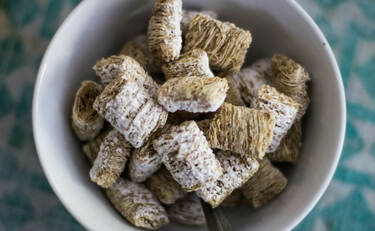 Parties in an added-sugar class action pending in the Northern District of California are taking another shot at obtaining preliminary approval of a settlement reached between the parties. The case, Stephen Hadley et al. v. Kellogg Sales Co., Case No. 5:16-cv-04955, originally filed in 2016, alleges that Kellogg violated several California and New York laws by marketing many of their cereals with deceptive health and wellness claims that mask the cereals’ high added sugar content.  Plaintiffs specifically target roughly a dozen of Kellogg’s cereals. The challenged representations include:

On March 10, 2021, Plaintiffs filed a Motion for Preliminary Approval of a revised class action settlement reached between the parties. In their papers, Plaintiffs assert that the revised settlement agreement addresses several concerns the Court raised about prior iterations of the agreement, including revising the settlement class, how class funds would be disbursed, class releases, and how attorneys’ fees would be awarded.

The revised settlement seeks to represent all households that purchased one of the allegedly misleading Kellogg cereals between August 29, 2012, and May 1, 2020. If approved, the settlement will require Kellogg to pay $13,000,000, as well as agree to stop making certain claims on their cereal, including “Heart Healthy” and “Lightly Sweetened” on applicable cereal boxes.

News of this revised settlement comes shortly after the Northern District preliminarily approved a class action settlement in a similar case involving cereals from Post Foods, Debbie Krommenhock et al. v. Post Foods, LLC, discussed here. Interestingly, the Kellogg case shares both class counsel and a class representative with the Post Foods case. The parties in Kellogg, however, seem to be having a harder time satisfying the Court’s requirement for a valid settlement. Whether this indicates that Courts are trending towards closer scrutiny of such proposed settlements remains to be seen.