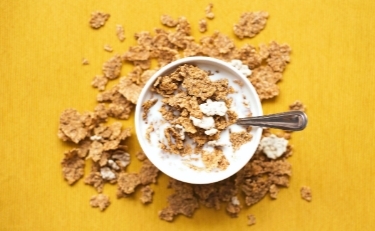 On February 24, 2021, a judge in the United States Court for the Northern District of California preliminarily approved a $15 million class-action settlement for Post Foods, based on the case Debbie Krommenhock et al. v. Post Foods, LLC, Case No. 3:16-cv-04958-WHO, which concerns representations made by Post Foods LLC in the labeling and advertising of several popular cereal brands, including Honey Bunches of Oats and Raisin Bran.

Plaintiffs Debbie Krommenhock and Stephen Hadley filed a class action complaint against Post in August 2016 alleging that Post violated California consumer protection laws by deceptively marketing high-sugar cereals with health and wellness claims. Specifically, the Plaintiffs alleged that Post took advantage of the rise in consumer interest for healthy eating by claiming that its cereals were healthy even though they contained high amounts of sugar. The Plaintiffs alleged that regular consumption of Post’s cereals was likely to contribute to excess added sugar consumption and increase consumer risk of chronic disease.

The settlement covers a class of all consumers of Post’s cereals from August 2012 to present. Under the settlement, Post will pay $15 million to the class. Post will also stop making certain claims on cereal, including "no high fructose corn syrup," "less processed," "wholesome," "smart" and "nutritious" on products where 10% or more of the calories come from sugar.

The hearing for final approval is set for Wednesday, June 23, 2021.

Other cereal companies have faced similar consumer lawsuits. For example, Kellogg paid $20 million to settle claims concerning its use of the term “lightly sweetened” on Frosted Mini-Wheats cereals. General Mills succeeded in defeating a lawsuit in 2019, with a judge holding that a reasonable consumer would not be misled by claims about the sugar content when the products had clear ingredient labeling showing the sugar amount.

Notably, the FDA has not created an official definition for “healthy” labeling, despite asking for public comment in September 2016. Without official FDA guidance, industry confusion and consumer class actions on “healthy” labeling are likely to continue.