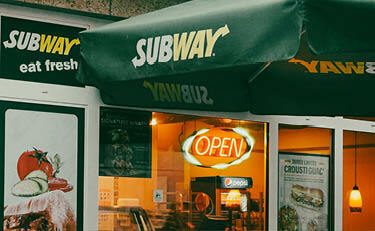 After succeeding in having “100% tuna” claims dismissed, Subway experienced a setback when a judge in the Northern District of California permitted certain revised claims about Subway Restaurants, Inc.’s tuna products to proceed. Plaintiffs Karen Dhanowa and Nilima Amin filed a putative class action complaint against the sandwich maker and multiple affiliates, alleging that they committed fraud and violated several California consumer statutes by claiming, among other things, that its tuna fish products were “100% tuna” and contained “100% skipjack and yellowtail tuna.” Last year granted Subway’s motion to dismiss the prior version Plaintiffs’ complaint, finding that Plaintiffs failed to sufficiently plead fraud.

The court gave Plaintiffs an opportunity to fix the issues in the complaint. Plaintiffs filed an amended complaint, to which Subway again moved to dismiss.  Subway was less successful this time around – the court only partially granted Subway’s motion to dismiss. As a preliminary matter, the court dismissed plaintiff Karen Dhanowa’s claims, finding that she failed to allege that she purchased any Subway products, relied on any statements made by Subway, or suffered any harm. In light of the fact that Dhanowa was already provided a chance to fix these issues and failed to do so, the court dismissed Dhanowa’s claims with prejudice.

The court was more receptive to plaintiff Amin’s claims. The court determined that, overall, the complaint alleges fraud with sufficient specificity this time around. The court noted that the complaint proposes three theories by which Subway’s representations concerning their tuna products would mislead a reasonable consumer.  The first theory is that a reasonable consumer would understand “tuna” to mean that Subway’s tuna salad, sandwich, or wrap would consist of 100% tuna and no other product. The court dismissed this theory, finding that a reasonable consumer would logically understand these products to contain other ingredients in addition to tuna, such as mayonnaise or bread.

The second theory proposed by the complaint is that Subway’s representations concerning their tuna products would mislead a reasonable consumer to believe that the tuna product contains no other fish species or animal species when in reality it does. The court refused to dismiss this theory, determining that the question of whether (and to what extent) a reasonable consumer would anticipate any cross-contact between certain products when a sandwich is made is a question of fact not yet ripe for determination.

The final theory proposed in the complaint is that Subway’s representations concerning its tuna products would mislead a reasonable consumer as the products in fact do not contain any tuna. The court refrained from dismissing this theory as it found that a reasonable consumer would expect a product advertised as tuna to consist of at least some tuna.