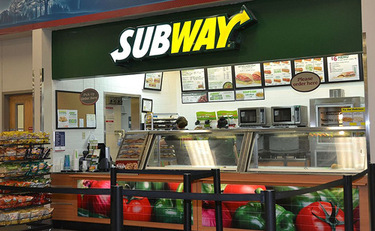 A federal judge earlier this month dismissed a misrepresentation lawsuit against Subway Restaurants, Inc. and multiple affiliates concerning the sandwich maker’s claims regarding its tuna. Plaintiffs Karen Dhanowa and Nilima Amin filed a putative class action complaint in the Northern District of California alleging that Subway committed fraud and violated several California consumer statutes by claiming, among other things, that its tuna fish products were “100% tuna” and contained “100% skipjack and yellowtail tuna.” Notably, the first amended complaint does not specify exactly where these representations are made. Instead, Plaintiffs allege only that these representations were made on Subway’s packaging and advertised at Subway locations, as well as on the menu and website. Plaintiffs also provided no context as to when exactly these representations were made and seen by Plaintiffs.

The district court granted Defendants’ motion to dismiss the first amended complaint, finding that Plaintiffs did not sufficiently plead fraud. Specifically, the district court noted that Plaintiffs failed to describe the statements they saw, when they saw these statements, and where these statements appeared. The court determined that Defendants could not properly defend against Plaintiffs’ suit without this information. The court, however, dismissed with leave to amend, giving Plaintiffs another shot to cure the issues with the first amended complaint.