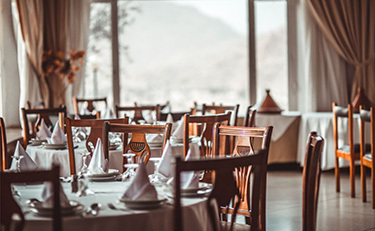 While Congress has expressed bipartisan support for replenishing the depleted Restaurant Revitalization Fund (“RRF”), it has not been able to take action to do so. There are currently two bills pending to replenish the funds, and on August 7, 2021, a group of Senators attempted to add $48 billion to the RRF through a unanimous consent, which failed. The uncertain status of the RRF leaves hundreds of thousands of restaurants in limbo. This is particularly true of the approximately 3,000 priority applicants, who were approved for RRF grants and later notified that the SBA could not issue them the grants due to lawsuits challenging the constitutionality of having a prioritization program.

On August 7, 2021, a bipartisan group of Senators sought unanimous consent on the floor of the Senate to approve legislation to provide $48 billion in additional funding to the RRF. However, an objection blocked the unanimous consent motion from passing.

On June 11, 2021, Congress introduced the Restaurant Revitalization Fund Replenishment Act of 2021 to replenish the fund with $60 billion. The legislation has still not been voted on but it was referred to the Committee on Small Business in June. The bill has widespread support with 208 co-sponsors from both parties.

In introducing the bill, Representative Blumenauer stated: “The Restaurant Revitalization Fund, created in Section 5003 of the American Rescue Plan Act (Pub. L. 117-2), provided $28.6 billion for restaurants, bars, food trucks, caterers, tasting rooms, and taprooms to recover from the COVID-19 pandemic. Within days of opening the Fund, the SBA received requests for more funding than was available. Just three weeks after opening, the SBA received more than 362,000 applications requesting more than $75 billion in funding--nearly triple available funding. Due to unprecedented need and a lack of funds, the SBA closed the application portal on May 24, 2021, meaning there is nearly $50 billion in outstanding need that will go unmet unless Congress acts.”

On July 20, 2021, Republican Representative Blain Luetkemeyer introduced the ENTRÉE Act. The legislation was referred to the Committee on Small Business and Committee on Oversight and Reform.

The ENTRÉE Act would provide $60 billion to the RRF, and would obtain these funds by rescinding money from unspent Economic Injury Disaster Loans and state and local funds within the American Rescue Plan. The proposed legislation also eliminates preferential treatment for priority groups and instead would require all applications to be received, reviewed, processed and disbursed on a first come, first served basis. The act currently has 57 co-sponsors, all of whom are Republicans, and is unlikely to pass.