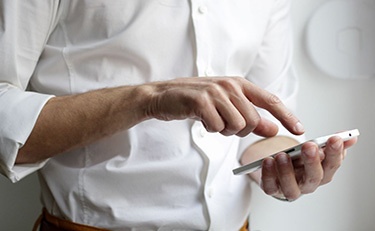 For the past few years, California businesses have reeled from a California court decision and new laws, which dramatically limit the use of independent contractors, reinforcing a strong presumption that every worker is an employee.

In April 2018, the California Supreme Court issued a landmark ruling in Dynamex Operations West, Inc. v. Superior Court. This decision created a new legal standard, the “ABC Test”, for determining whether workers should be classified as employees or as independent contractors for purposes of California wage orders. In Dynamex, the Court overturned its previous test for independent contractors from a 1989 case, S. G. Borello & Sons, Inc. v. Department of Industrial Relations.

Under the ABC Test, a worker may only be classified as an independent contractor if the hiring entity satisfies all three conditions of the test: (A) that the worker is free from the control and direction of the hirer in connection with the performance of the work, both under the contract for the performance of the work and in fact; (B) that the worker performs work that is outside the usual course of the hiring entity’s business; and (C) that the worker is customarily engaged in an independently established trade, occupation or business of the same nature as that involved in the work performed.

After the Court’s decision, the California Legislature tried to codify, clarify and expand Dynamex with Assembly Bill 5. AB 5 adopted the ABC test as a statutory presumption. By increasing the number of workers who would be categorized as employees, AB 5 effectively extended workers’ compensation, unemployment and disability insurance, paid family leave, and paid sick days to these persons.

A lengthy and confusing law, AB 5 provided exemptions to the ABC test for specific professions, including doctors, psychologists, lawyers, architects, engineers, accountants, insurance agents, realtors, hairstylists, freelance journalists and financial brokers. Additional exceptions were provided for others who qualified, including certain professional services, business-to-business relationships and app-based referral services. Independent contractors in these occupations would be governed by the more flexible Borello case that predates the Dynamex decision.

AB 5 took effect on January 1, 2020. Immediately after AB 5 went into effect, a flurry of some thirty new bills were proposed to expand or clarify the exceptions in AB 5. These bills were eventually consolidated to some extent into AB 2257. Effective on September 4, 2020, AB 2257 sought to improve AB 5 and expand exemptions to more professions on a limited basis. However, despite significant lobbying efforts, there were no provisions that would have permitted app-based delivery and driving services to be categorized as independent contractors.

Prop 22 and the Future of App-Based Delivery and Driving

Amidst the confusion of AB 5, Lyft, Uber and Doordash partnered to put Proposition 22 on the California ballot, essentially carving out their own exemption for app-based drivers. These companies spent more than $203 million campaigning for the Proposition, making it one of the most expensive propositions ever considered in California. Ultimately, 55% of California voters supported Proposition 22.

For the food and beverage industry, Proposition 22 will help keep the costs of third-party delivery stable. However, outside of the narrow exceptions provided by Proposition 22 and AB 2257, California employers of all types, including restaurants, food manufacturers and beverage companies, will need to be careful when hiring independent contractors and make sure that the ABC Test and the language of AB 2257 are carefully applied.