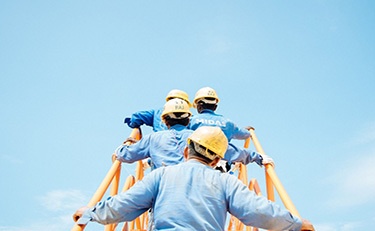 At approximately 14 pages in length, neither employees nor employers are likely to find AB 2257 any less confusing than its predecessor.  It does, however, make it easier for several categories of professions to work as independent contractors if certain conditions are met.  The bill also removes a requirement that forced many individuals contracting as a business to form partnerships, limited liability companies, or corporations rather than act as sole proprietors.  Further, the bill removes an important restriction that essentially made it impossible for a business to hire a subcontractor to deliver services to its customers.

The devil, as they say, is in the details, and the details of AB 2257 provide many exceptions to the application of the ABC test.  Those exceptions each provide that in the event the ABC test cannot be applied in a particular circumstance, the determination of contractor status will be governed by the California Supreme Court’s decision in S. G. Borello & Sons, Inc. v. Department of Industrial Relations, a 1989 case that provides a much more flexible multi-factor independent contractor test.

Additional important exceptions created by AB 2257, and a primary motivation for the statute itself, apply to various media-related professions and entertainment events.  In particular, the Borello test is to be applied to all of the occupations included in connection with creating, marketing, promoting or distributing sound recordings or musical compositions such as recording artists, songwriters, lyricists, managers, record producers, directors, musical engineers, musicians, vocalists, photographers, radio promoters, and publicists, but not including film and television crews.  There is also a general exception for musical groups or musicians for the purpose of single-engagement live performance events where the group is a headliner at a venue with more than 1,500 attendees or is performing at a festival that sells more than 18,000 ticket tickets per day.  Individual performance artists performing material that is original and creative in character and the result of the individual’s own invention, imagination, or talent, can also be exempt from the ABC test if other conditions are satisfied

The statute creates a more general single-engagement event exception which allows for individuals to work together to create a single event, or a series of events in the same location no more than once a week, provided neither individual controls the other, that each can negotiate the rate of pay, that there is a written contract between them, that they each have their own business location (which may include the individual’s personal residence), that they have the required license or a tax registration, that they are customarily engaged in the same type of work and are free to work for other businesses in performing the same or similar services.

Additional occupations for which the Borello test will be applied include freelance writers, translators, editors, copy editors, illustrators or newspaper cartoonists, as well as content contributors, advisers, producers, narrators or cartographers, who work under written contract that includes the rate of pay, intellectual property rights, an obligation to pay by a defined time, and provided the individual performing the services is not directly replacing an employee who performed the same work for the hiring entity.

In addition to other remedies already available, AB 2257 adds the possibility of injunctive relief to prevent continued misclassification of employees as independent contractors in any action against a putative employer brought by the attorney general, district attorney, or a city attorney.