ECJ Blogs
Who Should Sign a Proof of Claim Form - Lawyer or Client?
By Peter A. Davidson on 12.27.2017
Posted in Ask the Receiver 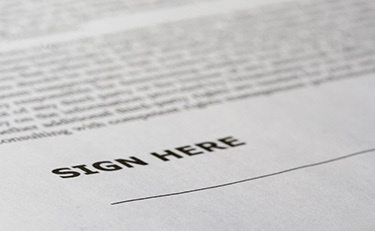 Question: I represent a creditor who had sued an entity before it was put into receivership. The court has established a claims procedure, and the receiver has sent out claim forms. Can I sign the claim form on behalf of my client or is it better to have my client sign?

Answer: Receivership cases and bankruptcy cases often require creditors to file proofs of claim. Because it may be easier, quicker and cheaper, attorneys for creditors sometimes sign and file the proofs of claim. While this is explicitly allowed in bankruptcy cases under Bankruptcy Rule 3001(b), and there is no prohibition on counsel signing a proof of claim on behalf of his or her client in receivership cases, it is not a good idea.

In In Re Duke Investments, Ltd., 545 B.R. 414 (Bankr. S.D. Texas 2011), the court wrote its opinion on this issue specifically to warn of problems that can arise when an attorney signs a proof of claim on behalf of the client. In the case, the debtor moved to disqualify an attorney who had signed a proof of claim on a creditor’s behalf, alleging he was a fact witness by doing so. While the court chose not to disqualify the attorney, because the court found that the attorney was not a necessary witness under Texas law, it concluded: “attorneys representing creditors in bankruptcy cases – ought to think twice before signing proofs of claim for their clients. There is no question that any attorney is allowed to do so, but the attorney puts himself at risk by becoming a fact witness.” Id. at 427. In another, unreported, bankruptcy, In Re Gonzalez, 2013 W.L. 2450925 (S. D. Texas 2013), the debtor sought to depose one of the creditors attorneys who objected to and refused to answer questions at the deposition asserting the attorney-client privilege. On a motion to compel, filed by the debtor, the court ruled that because the attorney signed the creditor’s proof of claim, that made him a fact witness and held that the attorney-client privilege was waived. See also In Re Vission, Inc., 2008 W.L. 2230741 *4, fn. 3 (Bankr. E.D. Wis. 2008( (“By signing the affidavit, counsel runs the risk of becoming a fact witness, and any future hope of asserting privilege may disappear or counsel may be disqualified from representing a client.”).

Given these cases, the better practice is to have your client sign any proof of claim in a receivership or bankruptcy case.