ECJ Blogs
When Can a Court Refuse To Appoint a Receiver Under Health and Safety Code Section 17980.7c?
By Peter A. Davidson on 07.15.2021
Posted in Ask the Receiver 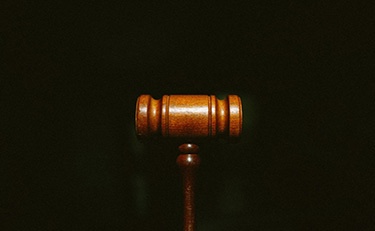 Q: I have handled a number of health and safety receiverships. A city I have worked with before asked me to look at a property and prepare a proposed remediation plan, so they could have me appointed receiver under Health and Safety Code §17980.7(c). The court denied the city’s motion, saying it knew where the property was located and the cost of remediation was not worth it, given the property’s value. Can the court do that?

A: No. Under Health and Safety Code § 17980.7(c) there are only two requirements for the appointment of a receiver. First, “the court shall consider whether the owner has been afforded a reasonable opportunity to correct the conditions cited in the notice of violation” and second, “[t]he court shall not appoint any person as a receiver unless the person has demonstrated to the court his or her capacity and expertise to develop and supervise a viable financial construction plan for the satisfactory rehabilitation of the building.” If those requirements are met, the court does not have the discretion not to appoint a receiver.

This was recently highlighted in City of Desert Hot Springs v. Valenti, 43 Cal. App. 5th 788 (2019). There, when the city’s attempts to have a property owner abate numerous building and health and safety violations failed, it sued the owner and filed a motion to have a receiver appointed. The city argued that its motion should be granted because the owner had been given notice and an opportunity to repair the violations, but the violations persisted, and the proposed receiver had previously been appointed in more than 125 nuisance abatement cases by various courts. The city also submitted estimates of the rehabilitation costs and the expected return from a sale.

The court, after requesting and receiving further information concerning rehabilitation, including a proposed construction plan from the proposed receiver, denied the city’s motion and dismissed the case. The court’s reason for denying the motion was its belief that the property was not “capable of being rehabilitated economically.” Id. at 792. The court was of the opinion that the cost of rehabilitation, plus the cost of a receiver, would exceed the eventual sale value.

The city appealed and the Court of Appeal reversed. It held that while the appointment of a receiver rests with the discretion of the court, here the court abused its discretion because Section 17980.7(c) requires the court to appoint a receiver if the two above mentioned conditions are met (i.e. the owner is given notice and an opportunity to correct the violations and the proposed receiver is qualified to take control and rehabilitate the property). It further noted that, given the statute, the normal general consideration of whether a less drastic remedy could be fashioned did not apply. Accord, City of Crescent City v. Reddy, 9 Cal App. 5th 458, 467 (2017) (“The Legislature presumably concluded that the uncorrected substandard building conditions present a sufficient danger to justify appointment of a receiver without regard to less invasive alternatives.”). The superior court did not consider the two prerequisites for appointing a receiver, but improperly jumped ahead to the issue of whether the proposed initial plan was financially viable. The Court of Appeal noted, and this is generally true in these cases, that under the statute a receiver can be appointed before any rehabilitation plan has been developed. Indeed, unless a receiver is hard up for work, why would he or she spend the time and money soliciting and reviewing bids, obtaining appraisals, and preparing a plan ahead of his or her appointment? Further, depending on violations, while rehabilitation may not be financially viable, a receiver may still be needed. See, City of Santa Monica v. Gonzalez, 43 Cal. 4th 905 (2008), where the best way to abate the violations was to demolish the building. What plan is best and its financial viability should be made after a receiver is appointed, not before, when all the relevant facts may not have been adduced.