ECJ Blogs
What To Do If A Receiver Fails To File Monthly Reports?
By Peter A. Davidson on 01.23.2023
Posted in Ask the Receiver 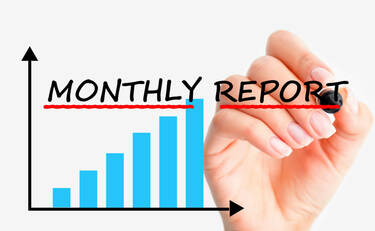 Q: I represent a party in a receivership case. While the receiver has been in place for over 3 months, she has not served the parties or creditors with any reports. I have written the receiver requesting reports, but she has ignored my requests. What should I do? Can the receiver be sanctioned?

A: Rules of Court 3.1182(a) requires a receiver to provide monthly reports to the parties. It says: must. The receiver is not required to provide reports to creditors, unless the creditor is a lien holder and requests the reports. If the receiver is not complying with the rule, there are a number of actions you can take. Initially, as you have done, you should write the receiver, and his or her attorney if there is one, requesting that he or she comply with the Rule. If the receiver fails to comply, you can ask the court to order the receiver to comply or, alternatively, ask the court to replace the receiver for not complying with the Rules of Court and failing to perform his or her fiduciary duties. You can also object to the receiver’s, and possibly his or her counsel’s, fees. This is what happened in Jeffer, Mangel, Butler & Marmaro v. Southland Land Corp., 2010 WL 892302. There the trial court reduced the receiver’s fees and his attorney’s fees by 15% for failing to file monthly reports as required. The court stated the failure to prepare and serve monthly reports “prevented the parties and creditors from making informed decisions about the conduct of the case.” Id. at *6. Jeffer argued that it was the receiver’s duty to file the monthly reports, so it should not have its fees reduced. While the court agreed that, as a fiduciary who acts for the benefit of all parties interested in the property, the receiver “must account accurately for all money and that a receiver may be surcharged for failure to carry out this duty, an attorney owes a duty to his or her client to advise them of the relevant legal principles in order to facilitate an informed decision…” Id. The court, therefore, upheld the fee reductions. See also, Mission Bank v. Kushwaha, 2020 WL 3526474, where the court denied all fees to a receiver, who served for four months, because the receiver did not prepare and serve monthly reports, as required by the Rules of Court and the order of appointment, despite demand from the bank’s counsel that he do so.