ECJ Blogs
What Happens to a Creditor's Claim If It Received Notice and Fails to File by the Claim's Bar Date?
By Peter A. Davidson on 08.09.2017
Posted in Ask the Receiver 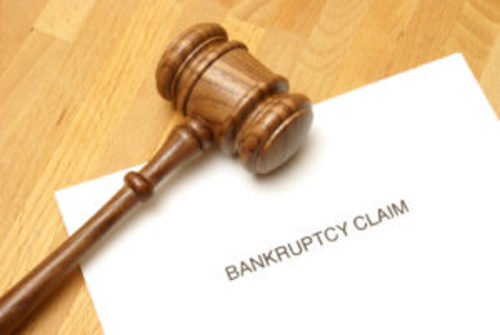 Question: I am a receiver in a fraud case where there are a lot of investors, trade creditors and secured creditors. Pursuant to my request, the court established a claims procedure and set a deadline for all creditors to file claims with me. A creditor with a lien on one of the estate’s assets did not file a claim, despite my sending it a claim form and notice of the claim filing deadline. Is the creditor entitled to participate in the distribution of estate assets? Does the answer change if it files a late claim? Does the creditor lose its security interest because it did not timely file a claim?

Answer: While a recent case, SEC vs. Nadel, 2016 WL 398026 (M.D. Fld. 2016), came to the conclusion, siding with the receiver, that a secured creditor’s failure to file a claim by the court established claims bar date not only bars the secured creditor from receiving a distribution from the receivership estate, but also results in the extinguishment of its security interest, that decision seems wrong based on prior precedent. Indeed, the secured creditor in that case, Wells Fargo, has appealed the district court’s decision. In the case, the court, at the receiver’s request, had established a claims procedure and, as part of the claims procedure, a claims bar date that required all creditors to file claims by the claims bar date and specifically stated that “any person or entity that fails to submit” a proof of claim “shall be forever barred and precluded from asserting any claim.” The court held that this meant that secured creditors must file proofs of claim before the claims bar date. Wells Fargo argued not only did it have an excuse for not timely filing a claim, but even if its claim was denied that should have no effect on its security interest in the estate’s assets. The district court disagreed. While it conceded that, generally, a secured creditor’s in rem rights to collateral are distinct from its right to receive a cash distribution from receivership assets through a claims process, the court specifically ordered all creditors to file claims and, therefore, Wells Fargo was required to follow the claims procedure. Its failure to do so, given the court’s order, resulted in it not being allowed to participate in the claims distribution process, but also the extinguishment of its lien on estate assets.

In rendering its decision, the court appears to have ignored clear precedent that receiverships do not affect existing liens on receivership assets. SEC v. Vescor Capital Corp., 599 F.3d 1189, 1195 (10th Cir. 2010) (“[A]ppointment of a receiver does not determine any rights nor destroy any liens.”); SEC vs. Madison Real Estate Group, LLC, 647 F.Supp.2d 1271, 1276 (D. Utah 2009) (“[T]he Interveners are secured creditors. ‘It is well established that a “receiver appointed by a federal court takes property subject to all liens priorities or privileges existing or accruing under the laws of the State’.” Consequently, the Intervener’s priority interest remains intact despite the receivership.”).

Even with regard to the disallowance of the late filed claim, the court appears to have made the wrong decision. Generally, while courts may set deadlines for the filing of proofs of claim, and order that claims not timely filed are disallowed, if parties have a valid excuse for filing a late claim and the receiver has not made a final distribution of receivership assets, the court, as a court of equity, can allow a late filed claim, unless a statute otherwise provides. Chicago Title & Trust Co. v. Fox Theatres Corp., 91 F.2d 907, 911 (2d Cir. 1937) (“The practice of entering an interlocutory order limiting the time within which claims of creditors must be presented has developed as an aid to convenient administration; it does not preclude the court from permitting a creditor whose claim is thereafter presented to share in the distribution of assets still on hand ...”); Dickinson v. Universal Service Stations, 100 F.2d 753, 759 (9th Cir. 1938) (“It seems to be the usual practice to allow creditors to come in almost as a matter of course where distribution has not been made.”).

The case law generally holds that whether to allow a late claim or not is to be dealt with individually with respect to each claim. See generally, SEC v. Hardy, 803 F. 2d 1034,1039 (9th Cir. 1986), where the Ninth Circuit affirmed the district court’s consideration of late claims on a case by case basis, but also acknowledged “that the rights of creditors of a receivership must be balanced against the need for expeditious administration of the receivership” and that it is therefore proper “to establish deadlines for filing claims, and to bar untimely claims.”

The situation is different in bankruptcy cases. In a Chapter 13 case, because of the way the rules are specifically written, in order to participate in distributions creditors must timely file proofs of claim or they are not entitled to a distribution. In Re Barker, 839 F.3d 1189 (9th Cir. 2016) [citing Fed. R. Bankr. P. 3004]. That is not the case in Chapter 7 or Chapter 11. In Chapter 11, if the creditor is scheduled it does not have to file a claim at all. 11 U.S.C. §1111(a). In Chapter 7, a creditor can file a late claim and the result is the claim is subordinated to timely filed claims. 11 U.S.C. §726(a)(3). In all those cases, however, if the creditor is a secured creditor, whether the creditor files a claim or not has no effect on the creditor’s security interest. In Re Blendheim, 803 F.3d 477, 485 (9th Cir. 2005) (“A creditor with a lien on the debtor’s property may generally ignore the bankruptcy proceedings and decline to file a claim without impairing his lien, secure in the in rem right that the lien guarantees him under non bankruptcy law: the right of foreclosure”); In Re Baker, supra. at 1193 (“However, a secured creditor, who does not wish to participate in a Chapter 13 plan or who fails to file a timely proof of claim, does not forfeit its lien.”)

So, to answer your questions: (1) a creditor is only entitled to participate in a distribution of receivership estate assets if it files a claim with the receiver, pursuant to the court established claims procedure; (2) whether a late filed claim will be allowed depends on why the claim was late filed and the determination is individual to each claimant and; (3) secured creditors do not lose their security interest in estate assets simply because they have not filed a proof of claim with the receiver.

NOTE: After this Ask the Receiver was written the Eleventh Circuit reversed the district court, for basically the reasons set forth above, and held: “while a federal district court has wide-ranging authority to supervise a receivership, we hold it does not have the authority to extinguish a creditor’s pre-existing state law security interest…” SEC v. Wells Fargo Bank, 848 F.3d 1339 (11th Cir. 2017).