ECJ Blogs
What Duties Do Receivers Have To Creditors?
By Peter A. Davidson on 02.03.2022
Posted in Ask the Receiver 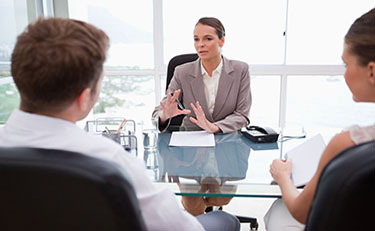 Q: I am a creditor of an entity that is now in receivership. I have contacted the receiver, and her attorney, a number of times requesting information about what is going on, especially the proposed sale of the entity’s assets. The receiver and her attorney have stated they don’t have to provide me with information and the receiver’s duty is only to the court and the parties in the case giving rise to the receivership. Is this correct? I want to make sure any sale is on the up and up so I get paid, as I don’t trust the owners of the entity, one of which sought the receiver’s appointment.

A: The receiver and her attorney are wrong. A receiver owes a fiduciary duty not only to the court which appointed him or her, and the parties to the litigation but to anyone who may have a claim against the entity in receivership or its assets, such as creditors. This long-standing duty is even embodied in California Rule of Court 3.1179 (a) (2) which states a receiver “Acts for the benefit of all who may have an interest in the receivership property.” The rule embodies a long line of cases so holding. See e.g, Chiesur v. Superior Court, 76 Cal. App. 2d 198, 200-201 (1946) ( “receiver, held the property as representative of, and under the control of the court, but for the benefit of the owners, their creditors and others in whose favor claims might exist or arise against the entity in receivership.”); Shannon v Superior Court, 217 Cal. App. 3d 986, 992 (1990) (“ A  receiver is not an agent of any party to the action, but instead is a fiduciary who…acts for the benefit of all persons interested in the property.”). Given this duty, the receiver should be responsive to your reasonable requests for information.

This is not to say, however, that you, as a creditor, are entitled to be served with the receiver’s reports or motions, at least in Superior Court. This is because C.C.P. § 1005, which deals with service, refers only to “parties.” There are at least three exceptions: (1) the receiver’s final account and report, [California Rule of Court 3.1184 (c): “Notice of the motion…must be given to every person or entity known to the receiver to have substantial unsatisfied claim…whether or not the person or entity is a party to the action…”]; (2) the receiver’s monthly reports if you are a non-party lien holder and so request [California Rule of Court 3.1182 (a)]; and (3) if the court lets you intervene in the case [C.C.P. §387]. All is not lost, however. Because pleadings are now filed electronically, they are generally available (sometimes for a cost) from the court’s website; although there may be some delay in the posting and assuming they were not filed under seal, which should be rare. See generally, California Rule of Court 2.550 et.seq. and specifically Rule 2.550 (c) (“Unless confidentiality is required by law, court records are presumed to be open.”).