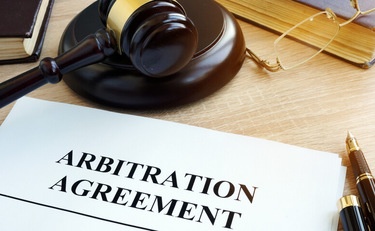 Assembly Bill 51, the controversial law that would have prevented employers from requiring employees to enter arbitration agreements, has been put on hold until at least January 31, 2020.  As reported in this blog last week, the law was supposed to go into effect on January 1st, but before that could happen U.S. District Judge Kimberly Mueller issued a temporary restraining order (TRO) pending a hearing on a motion brought by a coalition of businesses that sought to prevent the bill from taking effect.

The motion hearing took place last Friday, January 10th.  During the hearing, Judge Mueller indicated that some of the law may be enforceable and some parts may be unenforceable, but that in order to determine the extent to which AB 51 would be enforceable, more information was needed.  The outcome of the hearing was that both sides were ordered to engage in further briefing and the duration of the TRO was extended until at least January 31st.

Whether the TRO will last beyond January 31st and whether and to what extent AB 51 will ultimately become enforceable remains to be seen.  As long as the TRO is in effect, the status quo remains in place and businesses may continue to require employees to sign arbitration agreements as a condition of their employment.

This blog is presented under protest by the law firm of Ervin Cohen & Jessup LLP.  It is essentially the random thoughts and opinions of someone who lives in the trenches of the war that often is employment law–he/she may well be a little shell-shocked. So if you are thinking “woohoo, I just landed some free legal advice that will fix all my problems!”, think again. This is commentary, people, a sketchy overview of some current legal issue with a dose of humor, but commentary nonetheless; as if Dennis Miller were a lawyer…and still mildly amusing. No legal advice here; you would have to pay real US currency for that (unless you are my mom, and even then there are limits). But feel free to contact us with your questions and comments—who knows, we might even answer you. And if you want to spread this stuff around, feel free to do so, but please keep it in its present form (‘cause you can’t mess with this kind of poetry). Big news: Copyright 2020. All rights reserved; yep, all of them.