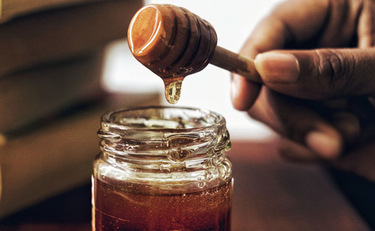 The Ninth Circuit last month upheld a trial court’s decision to dismiss a false advertising lawsuit against Trader Joe’s concerning the store’s labeling of its Manuka honey. The case, Moore et al. v. Trader Joe’s Co., Case No. 19-16618 (9th Cir.), centered around allegations that Trader Joe’s violated multiple states’ consumer protection laws by falsely labeling its Manuka honey as “100% New Zealand Manuka Honey” when, in reality, only about 57-62% of the honey is derived from Manuka nectar.

Manuka honey is created by bees that forage from the Manuka bush, a plant that is native to Australia and New Zealand. As Manuka honey contains methylglyoxal, an organic compound believed to have antibacterial properties and notable health benefits, and is in high demand, Manuka honey often sells at a price far greater than other honeys.

In its decision, the Ninth Circuit found that Trader Joe’s Manuka honey label was proper as the label adhered to the requirements of the FDA’s “honey guidelines” laid out in the FDCA. The FDA previously determined that a honey product may be labeled with the name of a plant or blossom if that plant or blossom is the chief floral source of the honey. Given that the FDA has not strictly defined what constitutes a “chief floral source,” the Court here defined the term as meaning that the principal source of the honey came from a single source. As Trader Joe’s Manuka honey is 57-62% derived from the Manuka plant, the Court determined that the honey’s chief floral source was in fact the Manuka plant, meaning that Trader Joe’s could accurately classify its honey as Manuka honey.

The Court went on to find that the “100% New Zealand Manuka Honey” label would not confuse a reasonable consumer into believing the honey was 100% derived from the Manuka plant as a number of contextual inferences indicate otherwise. Notable here is the fact that the Court, acknowledging that Manuka honey is a fairly niche product, considered the label from the perspective of a reasonable consumer of Manuka honey, rather than just a generic reasonable consumer. The Court reasoned that anyone who actively sought out Manuka honey would have the knowledge to notice a number of contextual inferences from Trader Joe’s label to determine that the “100%” claim did not mean the honey was 100% derived from the Manuka plant. Specifically, the court determined that a reasonable Manuka honey consumer would not be misled by the label as the consumer would know that: