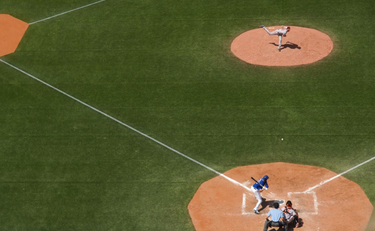 A recent case from California, Barickman vs. Mercury Casualty, 2 Cal.App.5th 508 (2016) illustrates the perils that may arise when an insurance company, evidently playing hardball with its insured, refuses to deviate from its “form” releases.

In Barickman, the Mercury’s insured (McDaniel) injured two individuals (Barickmand and McInteer) in a car accident in which McDaniel was found to have been intoxicated while driving his car. McDaniel was criminally prosecuted and there was the possibility that McDaniel, as part of any sentence in the criminal proceeding, might be ordered to pay restitution to the two injured parties.

Because of Mercury’s intransigence in refusing to accept the injured parties’ minor amendment, there was no settlement between Barickman and McInteer on the one hand and Mercury on the other – even though Mercury had agreed in principle to pay the policy’s limits, $15,000 to each of the injured parties.

Barickman and McInteer then commenced a lawsuit against Mercury for breach of contract and bad faith. In that suit, they alleged that Mercury’s failure to make an offer without unacceptable terms and conditions, its refusal to settle the case within policy limits when it had the opportunity to do so, and its unwillingness to make efforts to reach a reasonable settlement constituted a breach of its obligation of good faith and fair dealing.

Barickman’s and McInteer’s bad faith case was tried before a referee. The referee determined that Mercury had acted unreasonably and awarded Barickman and McInteer damages of $3 million – $2.2 million to McInteer and $800,000 to Barickman. Mercury appealed.

In-house counsel may be inclined to insist that injured parties agree to their company’s “form” release without any modifications and essentially on a take-it-or leave it basis. This conduct may generate bad faith liability, as shown in the Barickman case. As touchstone for bad faith liability is an examination of whether the insurer acted reasonably “under all the circumstances” (Shade Foods Inc. v. Innovative Products Sales & Marketing, 78 Cal. App. 4th 847, 888 (2000)), the insurer’s conduct in refusing minor modifications of its “form” release may be trigger a bad faith claim. Thus, although Mercury in Barickman did initially act in good faith by offering McDaniels’ policy limits, there were serious questions about whether Mercury did all within its power to effectuate a settlement once the injured parties accepted the offer but proposed a slightly modified version of the accompanying release.

Barickman stands as an object lesson to insurers. While institutional pressure may push insurance company in-house counsel to resist any changes to their “form” releases, Barickman suggests that by doing so – especially in the face of reasonable modifications proposed by the parties injured by the company’s insured – may create additional and potentially unforeseen liability problems.