ECJ Blogs
Selling Real Property In A Federal Receivership
By Peter A. Davidson on 07.16.2018
Posted in The Staff Report 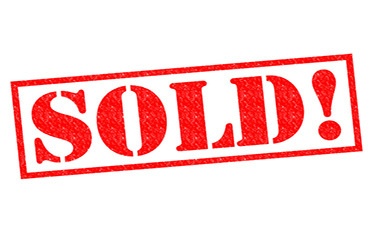 Q: I am a federal receiver. One of the assets in the estate is a small office building. I want to list it with a broker and sell it. My attorney told me that before I can sell the property through a broker I have to have the court appoint three (3) appraisers to appraise the property and then the sales price has to be at least two-thirds (2/3) of the appraised value. This is madness. Is there any way around this? Do I need a new attorney?

Because the statute, in a number of instances, uses the word “shall” these provisions are mandatory. Numerous cases have so held and have indicated the court has no discretion to waive these mandatory provisions. Acadia Land Co. v. Horuff, 110 F.2d, 354-55 (5th Cir. 1940) (“all the requirements are, by the expressed terms of the statute, made conditions precedent to a valid sale”). Not only is the mandatory language clear, but the companion statute, regarding sales of personal property by a receiver, provides: “Any personalty sold under any order or degree of any court of the United States shall be sold in accordance with § 2001 of this title, unless the court orders otherwise.” 28 U.S.C. § 2004 (emphasis added). Because Congress added the: “unless the court orders otherwise" language to the statute for sales of personal property, but did not similarly so provide in the statute relating to sales of real property, courts have held it is clear that the district court has no discretion to waive the requirements set forth in § 2001, relating to private sales of real property by a receiver. SEC v. Wilson, 2013 WL 1283437 *1 (E.D. Mich. 2013 (citations omitted) (“[I]t is at the district court’s discretion whether to obtain appraisals before foreclosing on personal property. However, ‘Congress did not confer similar discretion on the court’ in enacting section 2001 for the sale of real property. Under section 2001(b), ‘[t]he court shall appoint three appraisers – no ordering otherwise. No discretion, period.’”); SEC v. T – Bar Resources LLC, 2008 WL 4790987 *3 (N.D. Tex. 2008) (“in allowing courts to order the private sale of personal property, 28 U.S.C. § 2004 informs that courts are to follow the same procedures in §2001(b), ‘unless the court orders otherwise.’ Congress thus considered deviating from the rigors of § 2001(b) procedures in relaxing the process for the sale of personalty. The absence of any such authorization in the sale of realty suggests that Congress intended the more stringent procedures is to be the rule when ordering the sale of real property”).

Because of the stringent, and often expensive, requirements for a federal receiver to sell real property by private sale, some receivers have tried to convince district courts that the court can somehow waive, or the parties can waive, the mandatory requirements of § 2001(b), arguing the court can approve sales if it finds them in “the best interests of the estate.” While some district courts have allowed private sales by receivers without complying with the requirements of § 2001(b), those orders and unreported decisions appear to be incorrect. For example, in SEC v. Yin Nan Wang, 2015 WL 12656907 (C.D. Cal. 2015), a magistrate approved a private sale without the receiver complying with the appraisal requirements or the publication requirements in §2001(b) because the parties stipulated that the receiver could sell the property without doing so. In approving the sale the court cited to another unreported decision Huntington National Bank v. Najero, Inc., 2014 WL 5473054, *1 (E.D. Mich. 2014) (“Najero”) and quoted a line from that case which stated: While “the court cannot waive the requirements of § 2001(b), the requirements can be waived by the parties.” A review of the Najero case, however, shows that the court there actually denied the receiver’s motion to sell. In denying the motion the court, citing a number of other cases, stating: “The permissive language allowing the Court discretion to determine what is in the best interest of the estate is therefore limited by the minimum standards delineated by Congress of what satisfies the best interest standard. These standards cannot be waived by this Court. The word shall in 2001(b) unambiguously means must, and so this Court interprets the word just so. Before confirmation of any private sale, a court must appoint three disinterested persons to appraise the property. One will not do.”Najero at *1 (emphasis in original, citations omitted). The Najero court then went on, in dicta, to cite another unreported case, Huntington National Bank v. Big Sky Development Flint, LLC, 2010 WL 3702361 (E.D. Mich. 2010), where the court approved the sale of property by a receiver who did not comply with § 2001(b) because the court held the parties had stipulated – in the order of appointment – that the receiver could sell property without complying with § 2001. There was no such provision in the order appointing the receiver in the case before the Najero court and, therefore, the court denied the receiver’s motion to approve the sale.

The assertion, therefore, that the parties can waive the mandatory requirements of §2001(b), giving the court authority to approve a receiver’s sale of real property is very questionable. Generally, courts have no authority to waive mandatory requirements imposed by statute, nor do parties. Lamie v. U.S. Trustee, 540 U.S. 526, 534 (2004) (“[W]hen the statue’s language is plain, the sole function of the courts – at least where the disposition required by the text is not absurd – is to enforce it according to its terms”).

28 U.S.C. § 2001(a) and § 2002 govern the sale of real property by public sale. All they require is that the sale be conducted at the courthouse of the county, parish or city in which the greater part of the property is located or on the parcel itself, as the court directs; that the sale be upon such terms and conditions as the court directs; and that notice of the sale be published once a week for at least four weeks prior to the sale in at least one newspaper of general circulation in the county, state or judicial district where the property is situated.

There are many companies that can conduct public sales of real property. Such sales do not have to be limited to live absolute auctions, but can consist of sealed bid auctions, minimum bid auctions, or auctions with a reserve, whichever the receiver and the Court believe would be in the best interest of the estate. Therefore, if you do not want to comply with the mandatory requirements set for in the statute for a private sale, you may want to consider selling the property by public sale.