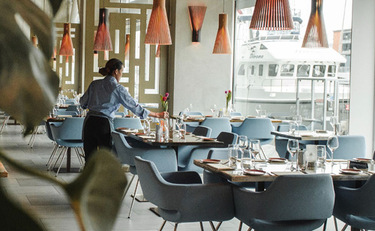 On July 14, 2021, the Small Business Administration (“SBA”) will officially close its Restaurant Revitalization Fund (“RRF”) portal. This move raises questions about whether the RRF funds will be replenished, despite pending congressional action.

The SBA stopped processing fund applications on May 24, 2021, after a huge influx of applications, seeking nearly double the funds available.

As of June 30, 2021, the SBA reported that the RRF program received more than 278,000 submitted eligible applications representing over $72.2 billion in requested funds, and approximately 101,000 applicants have been approved to restaurants, bars and other restaurant-type businesses. Underserved populations received approximately $18 billion in grant awards. Only $28.5 billion was available to be distributed, which funded less than half of the applications received. The SBA reported that the average grant size was $283,000.

The Restaurant Revitalization Fund Replenishment Act of 2021 was introduced in early June and currently has 187 bi-partisan sponsors in the House of Representatives. That act proposes to inject $60 billion in additional funds into the RRF.

Despite a long rollout, the RRF has been plagued with issues. The American Rescue Plan statute authorizing the RRF included a 21-day prioritization period for restaurants owned by veterans, women and economically disadvantaged groups. However, after issuing grants to businesses in this priority groups, the SBA reversed course as a result of lawsuits filed in Texas and Tennessee. As a result, over 2,900 businesses who were awarded funds have had those grants rescinded and are now in limbo with the closing of the portal.