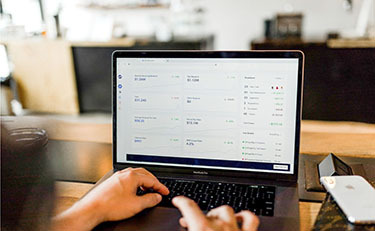 A recent case from the 5th U.S. Circuit Court of Appeals breaks new ground on the question of whether a commercial general liability policy provides coverage for damages arising from a data breach caused by a third-party hacker. Landry’s Incorporated v. Insurance Company of the State of Pennsylvania, 4 F. 4th 366 (5th Cir. 2021). In brief, the court in Landry’s held that there was coverage for a data breach where the insured was sued by a credit card processing company for breach of contract.

Between 2014 and 2015, 14 of Landry’s locations suffered a data breach. The data breach was caused by malware on its payment-processing devices. The malware retrieved personal information from millions of Landry’s customers, resulting in unauthorized credit card charges.

The 5th Circuit reversed. It held that Landry’s “published its customers’ credit card information — that is, exposed it to view.” It further held that the Paymentech complaint implicated the “violation of a person’s right to privacy.” “It does not matter that Paymentech’s legal theories sound in contract rather than tort. Nor does it matter that Paymentech (rather than the individual customers) sued Landry’s. Paymentech’s alleged injuries arise from the violations of customers’ right to keep their credit-card data private.”

Importantly, Landry’s breaks new ground because it departs from the line of cases which have held that disclosure of confidential information in a data breach arising from a third party’s (such as a hacker’s) conduct will not be covered. See, e.g., Zurich Am. Ins. Co. vs. Sony, 2014 WL 3253541 (N. Y. Sup. Ct. Feb. 24, 2011); Innovak International vs. Hanover Insurance Company, 280 F.Supp.3d 1340 (M.D.Fla.2017); St. Paul Fire & Marine Insurance Company vs. Rosen Millennium, Inc., 6:17-cv-540 (M.D. Fla. 2018) (finding that data breaches caused by third parties are not covered under CGL policies). The theory underlying these case is that a third party’s misappropriation and disclosure of confidential information does not constitute a “publication” by the insured.

By contrast, it is fairly well established that in the data breach context that a disclosure of confidential information by the insured without the intervention of a third party will constitute a “publication” sufficient to fall within coverage. Travelers Indemnity Company vs. Portal Healthcare Solutions, 35 F.Supp.3d 765 (E.D. Va. 2014), aff’d, 644 Fed. Appx. 245 (4th Cir. 2016); Evanston Ins. Co. v. Gene by Gene, Ltd., 155 F.Supp. 3d 706, 708 (S.D. Tex. 2016) (insured published DNA results on its website without the affected individual’s consent).

Portal Healthcare is illustrative of this line of cases. In that case, Portal (a company specializing in the electronic safekeeping of medical records for hospitals) entered into a contract with Glen Falls Hospital for the storage of its patients’ records. Evidently by mistake, Portal caused or allowed patient records to be accessible, viewable, copyable and downloadable from the internet without security restrictions. A class action against Portal on behalf of patients was filed. Portal tendered the class action complaint to its carrier which denied coverage.

In the ensuing coverage lawsuit between Portal and its carrier, the court granted Portal’s motion for summary judgment. The court held that Portal’s allowing or causing this disclosure constituted a “publication”. Rejecting the carrier’s argument that there was no “publication” because it was not alleged that persons other than the patients themselves had viewed the medical records, the court noted that “publication occurs when information is ‘placed before the public’, not when a member of the public reads the information placed before it. By Travelers’ logic, a book that is bound and placed on the shelves of Barnes & Noble is not ‘published’ until a customer takes the book off the shelf and reads it. Travelers’ understanding of the term ‘publication’ does not comport with the term’s plain meaning, and the medical records were published the moment they became accessible to the public via online search”.

Landry’s is pro-policyholder decision because it expands the concept of “publication” to include instances where disclosure as a result of a third party’s conduct (as distinct from the insured’s own conduct, as was the case in Portal Healthcare) will qualify as “publication” for purposes of coverage under a CGL policy. It remains to be seen whether other courts will adopt this approach.