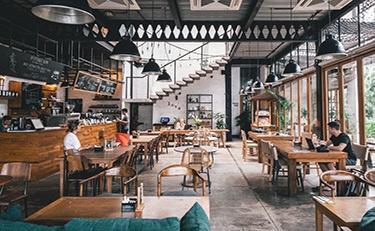 A bi-partisan bill to aid restaurants is gaining momentum, with over 180 co-sponsors and additional endorsements announced in the past few weeks.  The bill is officially titled the Real Economic Support That Acknowledges Unique Restaurant Assistance Needed To Survive Act of 2020, but is better known as the RESTAURANTS Act of 2020 (“the Act”).

The Act was introduced on a bipartisan basis in the Senate by Senator Roger Wicker and in the House of Representatives by Congressman Earl Blumenauer. The Act currently has 182 co-sponsors in the House. The National Restaurant Association, the recently-formed Independent Restaurant Coalition, and various other restaurant industry groups have vigorously supported the Act as a necessary lifeline for struggling restaurants. According to the National Restaurant Association, over 8 million restaurant workers are now unemployed, and the industry has lost more than $120 billion in sales.

The Act would establish and provide $120 billion in forgivable grant funding through the Restaurant Revitalization Fund, to be administered by the Department of the Treasury. These funds could be used for restaurants to cover payroll, benefits, mortgage or rent, utilities, supplies, food, and certain debts.

For the grant program's initial period, grants would be limited to restaurants and bars with annual revenues of less than $1.5 million.  Additionally, the Treasury Department would be required to prioritize awarding grants to marginalized and underrepresented communities. The Act is also limited to smaller restaurant chains and independent restaurants. No funds would be available for chains with over 20 locations.