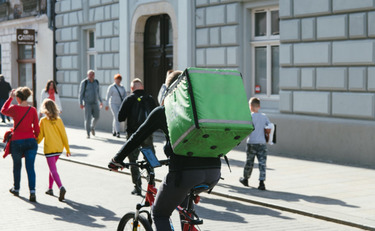 A proposed class action settlement pending in the District Court of Colorado involving Grubhub, Inc. has been called into question by would-be intervenors from a similar action against Grubhub pending in the Northern District of Illinois. The Colorado case, CO Craft LLC dba Freshcraft v. GrubHub Inc., Case No. 1:20-cv-01327 (D. Colo) was filed by plaintiff Freshcraft on May 11, 2020, alleging a single cause of action against Grubhub for violation of the Lanham Act. Freshcraft alleges that Grubhub falsely advertised on its platform that certain restaurants not partnered with Grubhub were either closed or not accepting online orders so as to steer customers to competing restaurants that were partnered with Grubhub.  Freshcraft initially sought to recover both damages and injunctive relief on behalf of a class of similarly situated restaurant owners.

In October 2020, a parallel lawsuit, Lynn Scott, LLC et al. v. Grubhub Inc., Case No. 20-6334 (N.D. Ill), was filed against Grubhub in the Northern District of Illinois by Lynn Scott, LLC and The Farmer’s Wife, LLC, restaurant owners in North Carolina and California respectively. Similar to the Freshcraft action, the Scott plaintiffs allege a single cause of action for violation of the Lanham Act. Unlike the Freshcraft action, however, the Scott plaintiffs took a trademark angle, alleging that Grubhub violated the Lanham Act by adding popular local restaurants to their site and using the restaurants’ names and logos without permission. The Scott plaintiffs seek both damages and injunctive relief.

In early 2021, Freshcraft and Grubhub announced that they had reached a class-wide settlement and would seek approval of the settlement from the court. The proposed settlement provides injunctive relief only. Specifically, Grubhub would agree to institute a self-help page for affected restaurants to claim ownership over their restaurant’s page on Grubhub by either requesting alterations to the information included on the page or removal from Grubhub’s site entirely. Additionally, Grubhub would alter the language of each restaurant’s landing page to clarify that the restaurant does not accept orders through Grubhub, as opposed to not accepting orders at all. Grubhub also agreed to add a disclaimer on each landing page. In return, the putative class would release all equitable claims under the Lanham Act. The settlement expressly excludes claims for actual damages from the release.

Upon reaching a settlement agreement in the Freshcraft matter, Grubhub promptly filed and obtained a stay of the Scott action pending resolution of the Colorado action.  The Scott plaintiffs have now filed a motion to intervene in the Freshcraft action, arguing that, in light of the fact that the putative class in Freshcraft was only recently expanded to include their trademark claims, further discovery was necessary to determine whether the settlement fairly considers such claims. The Scott plaintiffs have also filed an opposition to the Freshcraft parties' motion for preliminary approval of the settlement.

The court in Freshcraft has yet to rule on either the Motion to Intervene or the Motion for Preliminary Approval. A positive outcome for the Scott Plaintiffs could signal a reluctance by the court to approve a settlement with a release significantly broader in scope than the claims in the original complaint.