ECJ Blogs
Partner Kelly Scott Quoted in Law360 Regarding the CROWN Act and Its Impact on Employers
08.28.2019
Posted in The Staff Report 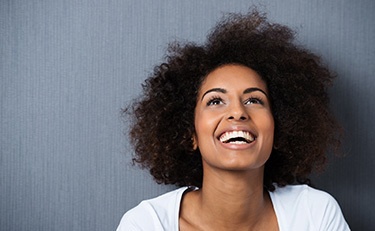 Kelly O. Scott, Partner and head of Ervin Cohen & Jessup’s Employment Law Department, was recently quoted in the Law360 article entitled, “Hair Bias Bans Mean Employer Grooming Rules Need Review.” The article takes a closer look at the CROWN Act (Create a Respectful and Open Workplace for Natural Hair), which was signed into California law on July 3, 2019, by Governor Gavin Newsom. California and New York, which enacted a similar law, became the first two states to recognize the connection between racial discrimination and policies that limit appearances, including natural hairstyles.

"What this speaks to is the legislatures are starting to take a more proactive look at discrimination and harassment in general," said Mr. Scott. "They're starting to think outside the box a little bit in terms of not just the actual event of discrimination, but how that event occurred. They're making these laws a lot more broad, and I think that's the trend."

While discrimination, and this law, extend beyond the corporate world, this story further examines how companies need to adjust their recruiting and employment policies to stay within compliance. Mr. Scott explained how, "employers [may have] to go back and revise their policies on dress and appearance to make sure that they are making allowances for natural hairstyles … [even] employers that are proactive in terms of their discrimination policies — they're going to have to adopt or revise the meaning of race to include natural hair styles, braids, locks and twists, things like that.”

Mr. Scott notes that while this new law has been put in place to protect individuals against discrimination based on hairstyle, updating corporate policies will help protect companies against potential future claims against them. "Frankly, those written policies don't just inform, they're useful to defend. They're shields when someone accuses you of having made a decision based on something that's protected like a natural hairstyle. You want to be able to say, 'No, we have specifically written policies against that.'"