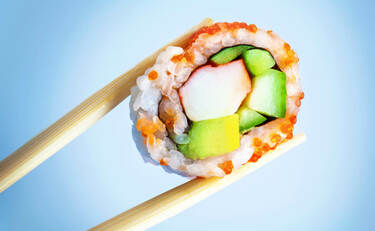 On February 9, 2021, a divided Ninth Circuit Panel held that consumer claims against the P.F. Chang’s restaurant chain based on the term “Krab Mix” in certain menu items could proceed. The Court reversed a lower court decision that had thrown out these claims.

Plaintiff’s claims arose from his purchase of P.F. Chang’s sushi rolls that are identified on the menu as being made with a “Krab Mix.” Plaintiff claimed that based on the “Krab Mix” name, he believed the items contained a mix of real crab and imitation crab. Plaintiff made claims based on California’s Unfair Competition Law, False Advertising Law and Consumer Legal Remedies Act.

To proceed past the pleading stage on his claims under those statutes, plaintiff had to plausibly allege that a “reasonable consumer” would be “likely to be deceived” by P.F. Chang’s use of the term “Krab Mix.” In dismissing the case, U.S. District Court Judge Percy Anderson held that while “Krab Mix” might “be a fanciful take on the word ‘crab,’ no reasonable consumer would view the words ‘Krab Mix’ to mean real crab.”

The Ninth Circuit panel reversed Judge Anderson, holding that plaintiff’s allegation that P.F. Chang’s inclusion of the term “Krab Mix” in the ingredient list for some sushi rolls on its menu is likely to deceive reasonable consumers into thinking that the sushi rolls contain at least some real crab meat when in fact they contain none was “at least plausible.” The Court noted that plaintiff’s allegations “ultimately may not be borne out by the evidence, but it is at least plausible that reasonable consumers would be deceived in this way.” The Court relied on its 2008 decision in Williams v. Gerber Products Co., 552 F.3d 934 (9th Cir. 2008), for a broad interpretation that reasonable consumers may not read all disclosures in the back of a product box, rejecting P.F. Chang’s argument that the menu separately identified crab and “Krab Mix” so that reasonable consumers would understand the difference.

The Court did not publish this opinion, so it may not be used as precedent going forward for other cases, but it suggests that the “reasonable consumer” standard and its implications on food and beverage consumer advertising are an ongoing battle.