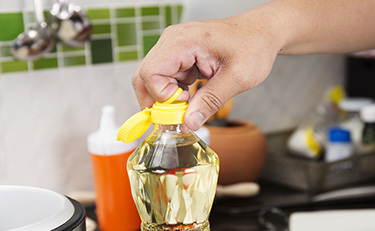 Earlier this month, the Ninth Circuit reversed approval of a class action settlement, finding several indications that the proposed settlement was the result of collusion between the parties and did not adequately serve the class. The case, Briseño et al. v. ConAgra Foods Inc., Case No. 19-56297 (9th Cir.), originally filed in 2011, centers around allegations that defendant ConAgra Food Inc., then-owner of Wesson Oil, falsely advertised its oil as “100% Natural” when in fact the oil contained ingredients made from GMOs.

After several years of litigation, plaintiffs successfully had a class certified under Federal Rule of Civil Procedure 23(b)(3). In November 2018, the parties reached a post-certification settlement. The parties agreed to both monetary and injunctive relief for the class. Specifically, the agreement provided that (1) each class member would receive $0.15 for each unit purchased; and (2) ConAgra would not market or advertise Wesson Oil as “natural” anymore (an easy feat, considering ConAgra had at that point already sold Wesson Oil to a separate third party). The settlement agreement also had a provision that Plaintiff would request, and ConAgra would not contest, $6.85 million in attorneys’ fees and expenses. Notably, attorneys’ fees would come directly from ConAgra, as opposed to from the class fund. As a result, any reduction to the fee by the court would benefit ConAgra, not the class.

Payments to the class members would be disbursed on a claims-made basis, however ConAgra did not have an obligation to send out direct notice to class members. Of the 15 million class members, only about .5% submitted a claim. As a result, the class would earn in total less than $1,000,000.

As the Ninth Circuit notes, under the new Rule 23(e)(2), one factor the court must consider when assessing a proposed settlement is “the terms of any proposed award of attorney’s fees[.]” To properly assess this factor, a court must apply the heightened scrutiny established in In re Bluetooth Headset Products Liability Litigation, 654 F.3d 935 (9th Cir. 2011) to determine whether the division of funds between class members and class counsel was in fact fair. Specifically, In re Bluetooth sets up three facts that must be considered:

Here, the appellate court found all three Bluetooth factors present. Notably, class counsel would receive nearly $7 million in attorneys’ fees, whereas the class would receive less than $1 million. Further, the proposed agreement contained both a clear sailing provision in which ConAgra agreed to not contest class counsel’s request for fees, as well as a reverter clause that held that any fees not awarded to class counsel would revert back to ConAgra as opposed to the class. The Ninth Circuit therefore reversed the district court’s approval of the settlement and remanded for further proceedings.

The Ninth Circuit’s decision confirms that courts will continue to closely evaluate the attorneys’ fees rewarded in a case when determining the fairness of a class action settlement. Further, the opinion confirms that the heightened level of scrutiny established in In re Bluetooth and solidified in the revised FRCP 23(e)(2) will apply to post-class certification settlement agreements as well as pre-certification agreements.