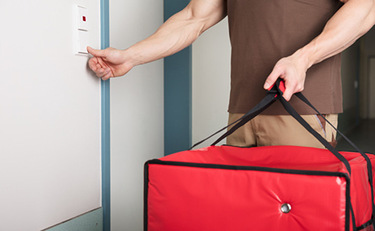 On September 20, 2021, the Court of Appeals for the Ninth Circuit reversed Grubhub, Inc.’s lower court victory in a class action case involving the alleged misclassification of a former driver. The driver claimed he was misclassified as an independent contractor and asserted claims for minimum wage, overtime and expense reimbursement. The lower court denied class certification and entered a judgment in favor of Grubhub in February 2018. In so doing, the court applied the multi-factor Borello test to assess whether the driver qualified as an independent contractor. The judge found that based on those factors, the driver was an independent contractor and not an employee because Grubhub did not control the manner and means by which he performed his food deliveries. Lawson appealed the decision.

Three months after the lower court decision, the California Supreme Court’s ruled in Dynamex that a three-factor test (called the “ABC Test”) must be applied to determine if an independent contractor is actually an employee subject to the California Wage Orders. The Court described the test as follows: “Under this test, a worker is properly considered an independent contractor to whom a wage order does not apply only if the hiring entity establishes: (A) that the worker is free from the control and direction of the hirer in connection with the performance of the work, both under the contract for the performance of such work and in fact; (B) that the worker performs work that is outside the usual course of the hiring entity’s business; and (C) that the worker is customarily engaged in an independently established trade, occupation or business of the same nature as the work performed for the hiring entity.”

The panel held that “Proposition 22 does not apply retroactively. California has a settled presumption against interpreting statutes—including ballot propositions—as having retroactive application.” The panel remanded the case to the district court to apply the ABC test rather than the Borello test to the plaintiff’s minimum wage and overtime claims. The panel also asked the district court to decide whether the ABC test applied to the plaintiff’s expense reimbursement claim, which were not rooted in a wage hour.

The only good news for ride-share companies is that the panel upheld the district court’s denial of class certification. The court held that all the members of Lawson’s putative class of delivery drivers had signed agreements waiving their rights to participate in any class action. Thus, the Court concluded, Lawson “is neither typical of the class nor an adequate representative,” and “the proceedings would be unlikely to generate common answers.”