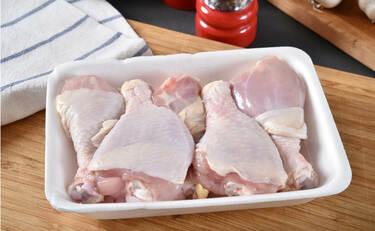 The Ninth Circuit recently affirmed a district court decision dismissing a case for lack of standing, finding that an advocacy group must demonstrate that it affirmatively diverted resources to combat alleged false claims to maintain standing in a false advertising litigation.

The case, Friends of the Earth, et al. v. Sanderson Farms, Inc., Case No. 3:17-cv-03592 (N.D. Cal.), was originally filed by multiple advocacy groups in 2017 against Sanderson Farms, Inc., a poultry farming company.  Plaintiffs alleged that defendant violated both the California False Advertising Law and Unfair Competition Law when it claimed that its chicken products, regularly treated with antibiotics, were “100% Natural.”

Sanderson previously brought a motion to dismiss plaintiffs’ third amended complaint in October 2018, arguing that Sanderson’s statements were not misleading as Sanderson’s website explained exactly what Sanderson meant by “100% Natural.” The District Court denied the Motion to Dismiss, determining that a reasonable consumer is not expected to rifle through a company’s website to verify claims made in advertisements. Specifically, the court noted that while “the reasonable consumer standard demands that a plaintiff must show ‘more than a mere possibility’ that a challenged advertisement might conceivably mislead a few consumers, [citation], it does not ask they be private investigators as Defendant appears to suggest.” (Order, at 7.)

The case continued for several months, resulting in extensive discovery before Sanderson filed a new motion to dismiss challenging the plaintiffs’ standing to bring the lawsuit. This time, the Court agreed with Sanderson and dismissed plaintiffs’ lawsuit for lack of standing, reasoning that the plaintiffs failed to demonstrate that the activities they engaged in as advocacy groups to combat Sanderson’s advertised claims were an “affirmative diversion of resources[,]” as required to demonstrate standing for advocacy groups, but rather “business as usual and a continuation of existing advocacy.” The Ninth Circuit affirmed this decision on March 31, 2021.

Although a victory for food corporations like Sanderson, it is worth noting that the parties engaged in over two years of litigation, including extensive discovery, before the Court finally dismissed the case on standing grounds. Food companies should therefore not yet consider a motion to dismiss for lack of standing as a guaranteed way to avoid extensive litigation brought by advocacy groups. Several other claims by advocacy groups are still pending.