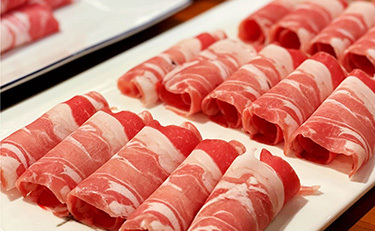 On November 6, 2018, California voters passed Proposition 12. The law is set to go into effect on January 1, 2022. Among other things, the law “prohibits a business owner or operator from knowingly engaging in the sale within the state of shell eggs, liquid eggs, whole pork meat or whole veal meat, as defined, from animals housed in a cruel manner.”

The National Pork Producers Council and the American Farm Bureau Federation filed a district court action seeking declaratory and injunctive relief on the ground that California’s Proposition 12 ban on the sale of whole pork meat (no matter where produced) from animals confined in a manner inconsistent with California standards was a violation of the dormant Commerce Clause.

On July 28, 2021, a panel of three Ninth Circuit judges affirmed the district court’s dismissal of the claim, finding that Proposition 12 withstood the constitutional challenges raised by the plaintiff. The panel made three main findings.

Second, the panel held that the complaint plausibly alleged that Proposition 12 has an indirect practical effect on how pork is produced and sold outside California, but such upstream effects were not a violation of the dormant Commerce Clause. The panel held that California’s promulgation of regulations to implement Proposition 12, which, as a practical matter, may result in the imposition of complex compliance requirements on out-of-state farmers, does not have an impermissible extraterritorial effect.

Third, the panel held that the complaint did not plausibly plead that Proposition 12 violates the dormant Commerce Clause by imposing excessive burdens on interstate commerce without advancing any legitimate local interest. The panel concluded that alleged cost increases to market participants and customers did not qualify as a substantial burden to interstate commerce for purposes of the dormant Commerce Clause.

On June 28, 2021, the Supreme Court denied a petition by the North American Meat Institute to review the case after a previous Ninth Circuit decision on a different case. The effect of Proposition 12 and its constitutionality under the Commerce Clause has been hotly contested since it passed. It is likely that the plaintiffs will file another petition for Supreme Court review.