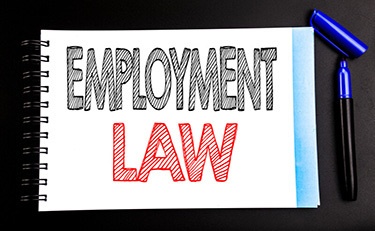 Since last Thursday, the Internet has been buzzing with news of the National Labor Relations Board’s decision in Browning-Ferris Industries of California, Inc., which held that a Silicon Valley recycling center was a “joint employer” along with the staffing agency that provided the center’s workers. In so doing, the Board established a new standard for determining the existence of joint employers.

The Board began by stating that two or more entities may be joint employers of the same employees if they “share or co-determine those matters governing the essential terms and conditions of employment.” Thus, matters such as hiring, firing, scheduling, assigning work, etc., determine employer status. Central to the question of whether joint employment exists is whether the putative joint employer has control over these matters.

None of this is particularly new. What is new is how the Board will examine the issue of control. In a significant departure from its prior decisions, the Board will no longer require that a joint employer not only possess the authority to control terms and conditions of employment, but also exercise the authority to do so. On the contrary, the Board now holds that the authority to control terms and conditions of employment alone, even if not exercised, can be sufficient to establish joint employment with another employer. In addition, when authority is exercised, it is no longer necessary for such control to be direct. Rather, control exercised indirectly, such as through an intermediary, may be sufficient to establish joint-employer status.

The Browning-Ferris decision is a landmark decision for the NLRB which is sure to be tested in the courts. If upheld, the decision may allow staffing agencies, franchisors, parent companies and other related entities to be held directly responsible for complying with wage and hour laws. More importantly for the NLRB, the ruling will make it easier for employees to collectively bargain and establish unions in joint employer situations.

Employers should take note that the NLRB’s decision seems consistent with a greater shift in how employment is determined on the federal level. The shift is taking place in response to changes in employment relationships which evolved over the last five years as America recovered from the Great Recession. Exemplified by companies such as Uber and Lyft, which offer a different view of “independent contractor” relationships, this period also gave rise to the proliferation of temporary employment, staffing agencies, professional employer organizations and other types of entities which thrive on a shared economic relationship with another would-be employer.

In Browning-Ferris, the NLRB acknowledged the need to update its joint-employment standards in light of the “recent dramatic growth in contingent economic relationships”. A similar view was expressed by the Department of Labor when it issued its July 15, 2015 Administrator’s Interpretation. Specifically, the DOL stated the Administrator’s Interpretation was necessary because of an increase in the number of employees misclassified as independent contractors, which is part of a “larger restructuring of business organizations” in the United States. In the Interpretation, the DOL used existing law to expand the common law control test for determining whether an independent contractor relationship exists, establishing a standard which will undoubtedly serve to reclassify more persons as employees under the Fair Labor Standards Act.

The bottom line? Employers and potential employers need to look more closely at their shared economic relationships. Exercise of control is not nearly as important as the right to exercise control.

This blog is presented under protest by the law firm of Ervin Cohen & Jessup LLP.  It is essentially the random thoughts and opinions of someone who lives in the trenches of the war that often is employment law–he/she may well be a little shell-shocked.  So if you are thinking “woohoo, I just landed some free legal advice that will fix all my problems!”, think again.  This is commentary, people, a sketchy overview of some current legal issue with a dose of humor, but commentary nonetheless; as if Dennis Miller were a lawyer…and still mildly amusing.  No legal advice here; you would have to pay real US currency for that (unless you are my mom, and even then there are limits).  But feel free to contact us with your questions and comments—who knows, we might even answer you.  And if you want to spread this stuff around, feel free to do so, but please keep it in its present form (‘cause you can’t mess with this kind of poetry).  Big news: Copyright 2015.  All rights reserved; yep, all of them.