ECJ Blogs
New Case Demonstrates How Tricky Dissolving a 50%-50% Owned California Limited Liability Company Can Be
By Geoffrey M. Gold on 10.11.2022
Posted in The Real Dirt 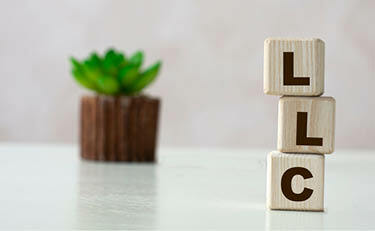 Friend of Camden, Inc. v. Brandt, 81 Cal. App. 5th 1054 (August 2, 2022) illustrates the trickiness of the law governing dissolutions for limited liability companies and buyout election rights for those opposing dissolution. In Friends of Camden, the plaintiff manager and 1% owner of the LLC (Camden) filed an action for involuntary dissolution under Corporations Code section 17707.03. Certain defendants who were owners of 50% of the LLC moved immediately to exercise their rights to buyout Camden’s 1% ownership interest under Section 17707.03(c)(1) to avoid the dissolution. They filed motions to stay dissolution and for appointment of appraisers to determine the buyout price of Camden’s interest under Section 17707.03(c)(2). When the matter was stayed by the court to permit the buyout price determination of Camden’s interest, the 50% owner defendants properly put up a bond according to statute to allow the appraisers to be appointed.

Under Section 17707.03, the buyout price is based on “fair market value” interest standard. This is a market-based standard that allows valuation discounts based on the amount a hypothetical willing and able buyer would pay for the interest in the marketplace. In other words, minority position and lack of control discounts can apply to bring down the purchase price for the interest. This should be contrasted with the distinct “fair value” standard (tied to liquidation value of the interest) for corporate buyouts under Corporations Code section 2000(a).

Camden did not want to be bought out after the defendants had exercised their statutory buyout right election. It wanted to discontinue proceeding under Section 17707.03. How would Camden get out of the bind in which it found itself? Corporations Code section 17707.03(c)(6) says that a plaintiff cannot dismiss a judicial dissolution after the buyout procedure begins.

So, what did Camden do? Cleverly, Camden convinced the other 49% of the LLC to cooperate. Camden amended its complaint to effectuate a dissolution under Section 17707.01 instead of Section 17707.03. Section 17707.01 provides that a limited liability company can be dissolved “by the vote of 50 percent or more of the voting interests of the members of the limited liability company or a greater percentage of the voting interests of members as may be specified in the articles of organization, or a written operating agreement.”

Camden opposed the motion for the appointment of the appraisers. It further moved to lift the stay and stop the buyout from going forward. The trial court rejected these efforts. Camden appealed.

The Court of Appeal reversed, ruling that dissolution must proceed with no buyout election right exercisable by the defendants. The Court recognized that rules for corporation dissolutions are not the same as the rules for LLCs. Camden could not have gotten away with what it did if its interest had been in a corporation rather than being in an LLC. Corporations Code section 2000(a) includes buyout rights for voluntary and involuntary dissolution proceedings. Section 17707.01 has different terms than Section 2000.

Once 50% of members voted to dissolve the LLC, dissolution was automatic. Camden could (and did) successfully terminate the defendants’ exercise of their buyout rights under Section 17707.03, even after the statutory buyout procedure had started. The Court held that “the vote to dissolve effectively circumvented the buyout procedure.”