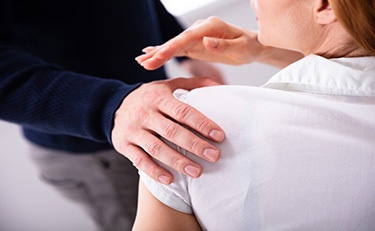 Most employers have heard of the Tax Cuts and Jobs Act, signed into law on December 22, 2017, and have contemplated what it may mean for them.  What has been largely overlooked, however, is a denial of deduction buried deep in section 162(q) of the Internal Revenue Code, which may have a significant impact on employers’ ability to settle lawsuits based on sexual harassment or sexual abuse.  Referred to as the “Harvey Weinstein Tax” (even though it is not a tax), section 162(q) provides:

The provision applies to all amounts paid or incurred after December 22, 2017.  The result of section 162(q) is that taxpayers may need to choose between deducting the settlement payment (and related attorney’s fees) on their tax returns and keeping the settlement confidential.

Although some celebrate the “Harvey Weinstein Tax” as a way to bring the topics of sexual harassment and sexual abuse out of the shadows and into public discourse, the new law could have unintended negative consequences, particularly for employers.

Employers typically include nondisclosure terms in any settlement agreement for sexual harassment or sexual abuse claims.  Confidentiality, despite current popular sentiment, is often beneficial for both the alleged victim and the employer.  The inclusion of a confidentiality provision provides an important incentive for the employer to make a settlement payment rather than risk the ongoing cost of litigation.  Avoiding litigation means less money for either party to allocate to the court system and less time waiting for a resolution as the parties are free to move forward efficiently on their own terms.  Employees often prefer to keep details of their personal lives private.  For employers, nondisclosure terms may also allay their fears of a “domino effect” that might occur if an employee could openly share the details of his or her settlement payout.  Although all actual harassment victims should be encouraged to approach employers with their claims, employers know too well that some employees may be emboldened to bring specious claims in the hope of a payout.  Under the new tax law, requiring employers to choose between nondisclosure terms and tax deductions greatly disincentivizes settlements, which ultimately benefits no one.

On the distant horizon, California may pass its own law with the similar goal of eliminating confidentiality provisions for sexual harassment settlements.  Senate Bill 820, which was recently introduced to the California Legislature, focuses on prohibiting provisions that prevent the disclosure of factual information relating to sexual harassment and gender discrimination claims.  SB 820 would allow the inclusion of a confidentiality provision only if the alleged victim requests it and would allow a nondisclosure provision limited to preventing the parties from disclosing only the amount of the settlement.  Although passing or signing the bill remains just a possibility at this point, SB 820 may signal a trend in the treatment of the confidentiality of settlement agreements for harassment and discrimination claims in general.

In light of section 162(q) and expected legal trends, employers should review their template and draft settlement agreements concerning sexual harassment or sexual abuse.  Depending on the facts surrounding each case, litigants should consider allocating settlement payments to claims other than sexual harassment or sexual abuse to create opportunities to deduct at least a part of the payout to claimants with multiple claims.  Unless and until a statutory change is made or interpretive guidance is released, litigants should exercise extra caution in interpreting the breadth of section 162(q) in their settlement and planning efforts.

This blog is presented under protest by the law firm of Ervin Cohen & Jessup LLP.  It is essentially the random thoughts and opinions of someone who lives in the trenches of the war that often is employment law–he/she may well be a little shell-shocked.  So if you are thinking “woohoo, I just landed some free legal advice that will fix all my problems!”, think again.  This is commentary, people, a sketchy overview of some current legal issue with a dose of humor, but commentary nonetheless; as if Dennis Miller were a lawyer…and still mildly amusing.  No legal advice here; you would have to pay real US currency for that (unless you are my mom, and even then there are limits). But feel free to contact us with your questions and comments—who knows, we might even answer you. And if you want to spread this stuff around, feel free to do so, but please keep it in its present form (‘cause you can’t mess with this kind of poetry).  Big news: Copyright 2017.  All rights reserved; yep, all of them. If you have any questions about this article, contact the writer directly, assuming he or she was brave enough to attach their name to it.