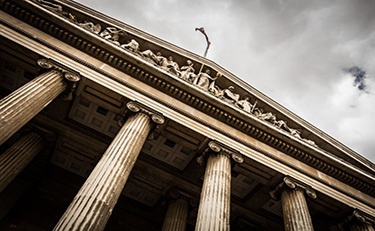 Where an employee of a company commits an intentional act, such as a battery or sexual molestation, the managers of that company are often named as defendants on a theory of “negligent supervision”, “negligent retention” or some other form of vicarious liability. While the company’s liability policy of insurance may contain exclusions which bar coverage for loss arising from the employee’s intentional act, the question arises whether the negligence claims against the managers or the company are nevertheless covered by liability insurance.

The threshold question is whether the managers’ or the company’s alleged negligent hiring or retention qualifies as an “occurrence” under the liability policy. In this regard, a number of California cases have found negligent hiring to be an “occurrence” separate from the action that caused the underlying bodily injury to a plaintiff. Chief among those cases is Liberty Surplus Ins. Corp. v. Ledesma & Meyer Constr. Co., 5 Cal. 5th 216 (2018), in which the California Supreme Court determined that even though an employee’s sexual assault was not an “occurrence” for which coverage applied (according to the policy, the occurrence had to be an “accident”), the insured company’s negligent hiring, retention, and supervision of the employee were independent “occurrences” for which coverage was owed.

A number of other cases have found negligent hiring or retention to constitute an “occurrence” that was separate from the underlying tort. See, e.g., American Empire Surplus Lines Ins. Co. v. Bay Area Cab Lease, Inc., 756 F. Supp. 1287, 1290 (N.D. Cal. 1991) (“Courts have consistently drawn a distinction between the immediate circumstances which inflict ... injury and the antecedent negligence which sets in motion a chain of events leading to that injury.”); Underwriters Ins. Co. v. Purdie, 145 Cal. App. 3rd 57, 71 (1983) (negligent hiring of violent employee was an act independent from firearm injury inflicted by employee).

For coverage purposes, however, the fact that an employer’s negligent hiring or retention of a tortfeasor-employee is a separate “occurrence” does not end the inquiry. Liability policies contain numerous exclusions, such as exclusions for intentional torts, that would bar coverage for the employee. The key question is whether those exclusions also bar coverage for the employer whose alleged act of negligent hiring or retention allegedly led to the employee’s actions that created the injury?

The answer depends on the specific language of the insurance policy. As the court stated in Minkler v. Safeco Ins. Co. of Am., 49 Cal. 4th 315, 322-23 (2010), “California decisions uniformly have held that … a clause excluding coverage for particular conduct by “an” or “any” insured, as opposed to “the” insured, means that such conduct by one insured will bar coverage for all other insureds under the same policy on claims arising from the same occurrence. This rule applies even when the insureds seeking coverage did not themselves participate in the act for which coverage is excluded, and even when their liability is premised on their own independent acts or omissions that would otherwise be covered.”

By contrast, where a clause excluding coverage can be construed as barring coverage only for the party who actually committed the wrong, the insured employer (or others sought to be held vicariously liable) may be covered under the policy. A recent case from the 2nd U.S. Circuit Court of Appeals illustrates this point.

In Hartford Roman Catholic Diocesan Corporation v. Interstate Fire & Casualty Company, 905 F. 3d 84 (2nd Cir. 2018), the Roman Catholic diocesan entity brought an action against Interstate, its excess liability carrier, for breach of contract, breach of the covenant of good faith and fair dealing and other relief. The coverage suit arose from the excess insurer’s failure to indemnify the church for underlying claims of sexual abuse by its priests.

In denying the church’s claim, Interstate relied on an assault and battery exclusion in the policy which provided that coverage would not apply “to liability for any Assured for assault and battery committed by or at the direction of such Assured.” Interstate argued that this exclusion evidenced an intent to bar recovery as to all assureds if any one of them commits the assault or battery, arguing that the phrase “such assured” refers back to the phrase “any assured” and thus encompasses them all. Since the priests were among the “assureds,” Interstate argued that recovery is excluded as to the church was well.

This subtlety in policy language is important because some cases, highlighting different policy language, have held that when a claim arises from an event which is not covered pursuant to a policy exclusion, the exclusion “precludes coverage of any claim based on the disputed event irrespective of the legal theory asserted against the insured.” Colony Ins. Co. v. Thomas, 2011 WL 13109255, at *6 (C.D. Cal. Jan. 24, 2011) (citing Century Transit Systems, Inc. v. American Empire Surplus Lines Ins. Co., 42 Cal. App. 4th 121 (1996)). “California decisions find no coverage where the act causing injury falls within an exclusion, even though the party seeking coverage did not participate in the act and is sought to be held liable only vicariously or for negligent supervision.” Amica Mut. Ins. Co. v. Fischer, 2008 WL 1970639, at *11 (E.D. Cal. May 5, 2008); see also Crusader Ins. Co. v. Burlington Ins. Co., 2020 WL 4919387, at *8 (C.D. Cal. June 12, 2020) (distinguishing Liberty Surplus, which did not involve an exclusion precluding coverage for claims for damages arising from bodily injury, and instead holding that the exclusion barring coverage for assault and battery also barred claims for negligent hiring, retention, and supervision) (“Plaintiff cannot rely upon the negligence claim to create a potential for coverage.”).

These different outcomes underscore the importance of scrutinizing the specific policy language as that language will often determine whether parties sought to be held vicariously liable for others’ conduct will be covered.