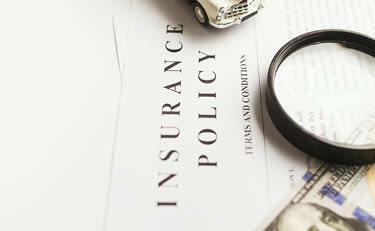 Where multiple liability policies are triggered, does one of the insurers get to insist that its deductible be satisfied before the insured can be provided with a defense? Relatedly, can the insured choose which insurer should provide the defense?

This situation arises frequently in cases where the underlying damage is “continuous or progressive.” Montrose Chemical Co. v. Admiral Ins. Co., 10 Cal. 4th 645, 662 (1995). In Montrose, the California Supreme Court held where there are successive policies, and where there is damage that is continuous or progressive across multiple policies, all of the insurers on the risk during the time of the loss must defend the insured. Id. at 665. Although all insurers have a duty to defend, California courts allow that the “policyholder may select the policy under which it is to be indemnified.” Armstrong World Indus., Inc. v. Aetna Cas. & Sur. Co., 45 Cal. App. 4th 1, 50 n.15 (1996).

Other jurisdictions have followed this rule. For example, in Air Prods. & Chems. V. Hartford Accident & Indemnity Co., 25 F.3d 177 (3d Cir. 1994), two different policies were triggered by the underlying loss. In determining which policy would first come into play, the District Court adopted the “chronological and seriatim” method, whereby the first policy triggered must defend and indemnify the insured until the policy limit is reached. Under this reasoning, the next-in-time policy is then obligated, and so forth until the policies are exhausted.

It follows from these principles that disputes among the successive carriers about allocation or contribution are not of the insured’s concern. Thus, an insured is entitled to secure coverage from a single policy of its choice that covers all sums incurred as damages during the policy period. “In such an instance, the insurers bear the burden of obtaining contribution from other applicable primary insurance policies as they deem necessary.” Goodyear Tire & Rubber Co. v. Aetna Cas. & Sur. Co., 769 N. E. 2d 835, 841 (Ohio 2002).

Notwithstanding these principles, some carriers have taken the position that where multiple policies are implicated, the insured must satisfy all the deductibles for all of the triggered policies before the first dollar of defense or indemnity is available. Such a position was asserted (and rejected) in Cal. Pac. Homes v. Scottsdale Ins. Co., 70 Cal. App. 1187 (1999).

In that case, Scottsdale and National Casualty issued successive comprehensive general liability policies to California Pacific Homes from 1990 through 1995. Each policy was subject to a $250,000 deductible and had identical policy limits of $1,750,000. CPH made a demand to Scottsdale under its 1990-1991 policy. However, the insurers took the position that, before they had any obligation to indemnify, CPH was obligated to satisfy the settlement in an aggregate amount equal to its retained limit for each of the five successive policies (i.e, $1,250,000).

The Court rejected this reasoning: “Just as stacking of policies may have the result of providing far more coverage than an insured has purchased, so stacking of retained limits would have the effect of affording an insured far less coverage for occurrence-based claims that the insured has purchased”. Id. at 1194. In this case, “the insured could select one policy, if several provided coverage, to apply to each claim.” Id. at 1193.

Notably, the above jurisdictions do not follow what is known as the “targeted tender” or “selective tender” rule. The targeted tender rule goes one step further, granting the insured the right to relieve a given insurer from its duty to defend altogether, so as to “allow an insured who has paid for multiple coverage to protect his interests, namely keeping future premiums low, optimizing loss history and preventing policy cancellation among the insurers he chooses.” River Vill. I, LLC v. Cent. Ins. Cos., 919 N. E. 2d 426, 431 (Ill.App. 2009). Jurisdictions outside of Illinois have been “extremely reluctant to apply the selective tender rule,” Lexington Ins. Co., 2021 U.S.Dist.LEXIS 38631, at *21, which has been characterized as “uncommonly generous to insured parties.” Ill. Sch. Dist. Agency v. St. Charles Cmty. Unit Sch. Dist. 303, 971 N.E.2d 1099, 1109 (Ill.App. 2012). In effect, the targeted tender rule precludes a claim for equitable contribution by one insurer against another insurer. Westfield Ins. Co. v. Indem. Ins. Co. of N. Am., 423 F. Supp. 3d 534, 551 (C.D. Ill. 2019).

By contrast, in jurisdictions without the targeted tender rule, the insurer’s rights of equitable contribution exist independently of the rights of the insured. Am. States Ins. Co, 202 Cal. App. 4th at 706 n.8. This rule is predicated on the principal that “where multiple insurers or indemnitors share equal contractual liability for the primary indemnification of a loss or the discharge of an obligation, the selection of which indemnitor is to bear the loss should not be left to the often arbitrary choice of the loss claimant.” Fireman's Fund Ins. Co. v. Md. Cas. Co., 65 Cal. App. 4th 1279, 1295 (1998). This avoids the “potentially unfair result that the company that pays first is left to cover the entire loss.” Id.; Insurance Company of the State of Pennsylvania v. Great Northern Insurance Company, 473 Mass. 745, 751 (2016) (same).

Jurisdictions with and without the targeted tender rule permit the insured to select the policy under which it will be indemnified. Although the targeted tender rule has been criticized as uncommonly generous to insured parties, it is notable that its application appears to be raised most frequently in cases between insurers. From the insureds’ perspective, so long as they can select the policy under which they are indemnified and defended, it appears to make little difference which insurers ultimately pay for that defense.