ECJ Blogs
Minimum Wage Increases: Not a Simple Topic for Discussion
By Kelly O. Scott on 10.19.2015
Posted in The Staff Report 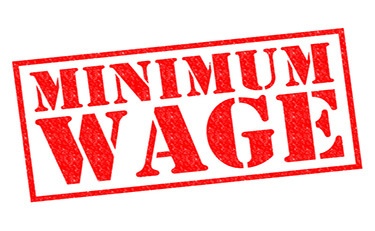 On October 15th, 2015, I was part of a panel/roundtable discussion regarding minimum wages. The panel was presented by the Government Affairs Committee of the Beverly Hills Chamber of Commerce at the request of the City of Beverly Hills. The specific purpose of the panel was to discuss a potential increase in the minimum wage for the City of Beverly Hills in response to the recent ordinance passed by the City of Los Angeles, which ordinance will gradually increase the minimum wage for businesses with 26 or more employees to $15 an hour by July of 2020 (smaller employers and nonprofits have until July of 2021 to meet the requirement). On the panel with me was Dan Fleming, President of the Los Angeles Economic Roundtable, and Matt Sutton, Vice President of the California Restaurant Association. The panel was moderated by Mitch Dawson, attorney and President of the Chamber of Commerce’s Political Action Committee.

There was some disagreement among the panel members as to whether regulations for higher minimum wages at the city level is appropriate. While the panel recognized the fact that urban areas often cost more to live in, it is also clear that inconsistent wage regulations across a given region can create a burden on employers who operate in multiple locations. Inconsistent regulations may also create incentives for businesses and workers to relocate to other areas to their advantage, resulting in a loss of business or labor which can adversely impact a given community.

The cost of the minimum wage increase cannot be measured in terms of the wages alone. In addition to salary, employers pay social security/FICA, Medicare, unemployment insurance, workers’ compensation insurance, health insurance and often liability insurance. The Federal Bureau of Labor Statistics holds that an average of 25-35% of wages is the best estimate of the additional costs borne by employers. That translates to an increase in the cost burden for employers from approximately $2.25 per hour (25% of the current minimum wage of $9) to $3.75 per hour (25% of a minimum wage of $15).  So the mandated hike to $15 by Los Angeles will not just increase the wages paid by employers by $6 per hour from the current $9 requirement; the additional costs paid by employers will actually increase by $9.75 per hour.

The restaurant industry stands to be among the hardest hit, with its dependency on minimum wage workers, substantial overhead and reduced profit margins. One proposal made by the California Restaurant Association is that the total compensation including tips should be considered in setting any increase. Current federal law allows for a credit against the minimum wage for tips. However, this is thought to be unfair by many and Senate Bill 1150, the current proposal to increase the federal minimum wage, includes the phasing out of the tip credit over a period of years. Rather, than a credit against tip wages, the California Restaurant Association proposes that workers who receive substantial tip wages be paid the minimum wage set by the state rather than the city in which they work.

Another proposal ties future minimum wage increases to the Consumer Price Index. Several prior efforts made by the California Legislature to set the minimum wage in this manner have failed. However, this seems more sensible than attempting to predict what will happen with costs over a period of years, as the City of Los Angeles and other cities have done.

One subject on which the panel seemed to agree is that no one really knows what the impact the wage increase will have upon Los Angeles businesses. Will there be a ripple effect with other hourly workers demanding raises to match the increase paid to minimum wage workers? Can businesses absorb the increased costs? Will customers support businesses who raise prices to match increased costs? Will employers move or close down if their profit margins are reduced? No one really knows. The panel agreed that careful consideration should be given to the repercussions of any minimum wage proposal. California already ranks low among the states in terms of being a business-friendly environment. So however we proceed, we must proceed with caution, because fewer jobs is not in anyone's best interest.

This blog is presented under protest by the law firm of Ervin Cohen & Jessup LLP.  It is essentially the random thoughts and opinions of someone who lives in the trenches of the war that often is employment law–he/she may well be a little shell-shocked.  So if you are thinking “woohoo, I just landed some free legal advice that will fix all my problems!”, think again.  This is commentary, people, a sketchy overview of some current legal issue with a dose of humor, but commentary nonetheless; as if Dennis Miller were a lawyer…and still mildly amusing.  No legal advice here; you would have to pay real US currency for that (unless you are my mom, and even then there are limits).  But feel free to contact us with your questions and comments—who knows, we might even answer you.  And if you want to spread this stuff around, feel free to do so, but please keep it in its present form (‘cause you can’t mess with this kind of poetry).  Big news: Copyright 2015.  All rights reserved; yep, all of them.