ECJ Blogs
McCormick Poised to Settle “Natural” Spices Case for $3 Million
By Catherine A. Veeneman on 05.20.2021
Posted in Legal Bites 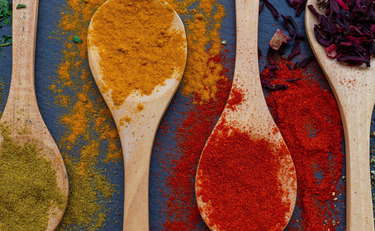 Parties in another false advertising case surrounding the use of the term “natural” have filed for preliminary approval of a class action settlement. On May 7, 2021, the plaintiff in Megan Holve v. McCormick & Company, Inc., Case No. 6:16-cv-06702-FPG asked a Federal Judge in the Western District of New York to preliminarily approve the parties’ proposed class action settlement to resolve the nearly five-year-old litigation.

Originally filed back in October 2016, plaintiff Holve, purporting to act on her behalf as well as on behalf of both a nationwide class and New York subclass of consumers, alleged that McCormick misrepresented several varieties of its spices and seasoning products by labeling them as “natural” when in reality they contained synthetic, artificial and/or genetically modified ingredients, including corn starch, white corn flower and citric acid. The products at issue include, among others, McCormick’s Brown Gravy Mix, Fiesta Citrus Seasoning and its Southwest Seasoning, all of which are labeled “natural” on the front of the packaging.

The case has lasted so long because it was stayed in August 2018 on a motion from McCormick so as to provide the FDA time to issue further guidance as to what qualifies as “natural.” The stay lasted more than two years. When the FDA failed to provide further guidance, however, the matter resumed in October 2020.

Earlier this month, the parties filed a motion for preliminary approval of a proposed class action settlement agreement. If approved, McCormick would pay $3 million to the putative settlement class, which includes all consumers in the United States who purchased one of the products at issue from January 1, 2013 to present. Payments to the classes would be structured into two tiers, depending on whether each class member had proof of purchase. Those class members with proof of purchase could receive $1 per unit, with no upper limit. Without proof, however, each class member could receive just up to $15.

Per the settlement agreement, McCormick would also agree to modify the labeling on its products and website, removing all representations of “Natural” or “All Natural” from the contested products’ labeling. The parties agreed, however, that McCormick could sell its existing inventory with the disputed labels. A hearing on the Motion for Preliminary Approval has not yet been set.

This case is just the latest example of parties choosing to settle a matter over litigating the meaning of a term that has not yet been defined by the FDA. The FDA requested public comment on the use of the term “natural” in October 2018 but has not finalized a definition. Until the FDA provides clarification as to what makes a product “natural,” companies will continue to struggle with determining how they can advertise their products. What’s more, it appears that companies are not the only parties interested in further clarification from the FDA. The court’s granting of McCormick’s motion to stay here suggests that courts, too, would welcome any guidance from the FDA on the matter.