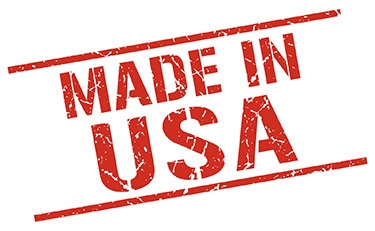 On June 22, 2020, the Federal Trade Commission issued a proposed Made in USA Rule regulating how businesses can advertise that their products are made in the U.S., and giving the agency discretion to impose civil penalties.

The FTC’s Made in the U.S.A. enforcement program is based on Section 5 of the FTC Act, which governs deceptive acts and practices in commerce. It applies to a host of advertising and other claims about the U.S. origin of products. In 1994, Congress codified Section 5a, titled “Labels on products”. Section 5a applies to “a product with a ‘Made in U.S.” label and requires that such a label be consistent with decisions and orders of the FTC.

On July 16, 2020, the proposed rule was published in the Federal Register as a Notice of Proposed Rulemaking, and the agency sought public comments.

The proposed rule covers not only product labels, but also “materials, used in the direct sale or direct offering for sale of any product or service, that are disseminated in print or by electronic means, and that solicit the purchase of such product or service by mail, telephone, electronic mail, or some other method without examining the actual product purchased” that “include a seal, mark, tag, or stamp labeling a product Made in the United States.”

The public comments period will close on September 14, 2020, after which the agency will review the comments and ultimately issue a final rule. To date, 300 comments have been submitted, the vast majority of which are supportive of the rule.

Even as the rule goes through the finalization process, dissenting statements by two FTC Commissioners offer a glimpse into potential legal challenges the agency could face after the final rule is implemented.

Commissioners Noah Joshua Phillips and Christine S. Wilson both released dissenting statements expressing concerns about the legality of the rule, and stating that broad regulation of both labeling and advertising for Made in USA claims went beyond the scope of the FTC’s authority.

Commissioner Phillips stated that he was supportive of the underlying policy of the Rule, but that the FTC’s job “is not to regulate beyond the lines Congress has drawn.” Additionally, Commissioner Wilson stated that the proposed rule “appears to exceed our statutory grant of rulemaking authority” because it could cover stylized marks in online advertising, including hashtags, and go beyond labels.

Commissioner Rohit Chopra issued his own statement in support of the proposed rule, and criticized the two dissenting commissioners for offering a “legal blueprint to those seeking to challenge the rule.”