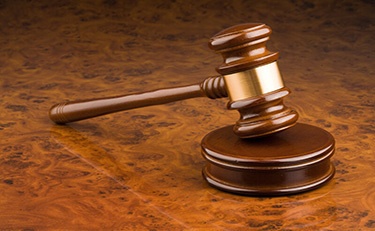 On Wednesday, April 22nd, the Los Angeles City Council voted to have a right of recall ordinance drafted that would require certain hospitality, janitorial, property management and tourism employers when rehiring to notify workers laid off during the COVID-19 pandemic.

Under the proposed ordinance, a business would be required to provide notices to laid-off workers that it is rehiring, and to rehire based on seniority. Workers would have a 10-day period in which to respond, and an employer would have 15 days to respond to employee claims that they had inadequate opportunity to be rehired.

The ordinance will cover hotels with at least 50 guest rooms, or that generated more than $5 million in hotel taxes in the past year. Restaurants not situated on hotel properties are excluded.

Workers at commercial properties such as offices, shopping centers or factories with more than 25 janitorial, maintenance and/or security workers and those at convention and event venues with at least 1,000 seats would also be covered by the ordinance.

The City Attorney's Office has 30 days to draft the ordinance. Once drafted, the ordinance will come before the City Council for final approval. Mayor Garcetti stated on Tuesday that he would support the proposed hospitality, janitorial, property management and tourism worker retention ordinance.

The Council also voted to draft a worker retention ordinance targeting hotel and other industries, that would require businesses that change owners to rehire and retain workers employed by the previous company.

However, in a move that provides a glimmer of hope for employers in these areas already struggling to manage employees during the COVID-19 crisis, the City Council also voted to adopt an economic impact study on the proposals before they are passed.

Additionally, the City Council voted to amend previously proposed worker retention and right of recall ordinances. Amendments include limiting the ordinances’ application to businesses with 50 or more employees, and exempting restaurants and nonprofit institutions of higher learning that operate medical centers in the City of Los Angeles.

These ordinances would require covered businesses, when rehiring, to offer positions to laid off workers of at least 6 months’ service and whose recent separation occurred on or after March 4th, resulting from lack of business, a reduction in work force or other economic, non-disciplinary reason. The ordinance would impose a rebuttable presumption that all terminations on or after March 4th are due to non-disciplinary reasons.

Covered workers are to be rehired in the following order: (i) workers who held the same or similar position with the employer at that site at the time of the workers most recent separation from active employment with the employer, and (ii) workers that are or who can be qualified with the same training given to a new worker hired for that position. If more than one worker is entitled to preference, seniority would be used to establish priority.

This blog is presented under protest by the law firm of Ervin Cohen & Jessup LLP. It is essentially the random thoughts and opinions of someone who lives in the trenches of the war that often is employment law–he/she may well be a little shell-shocked. So if you are thinking “woohoo, I just landed some free legal advice that will fix all my problems!”, think again. This is commentary, people, a sketchy overview of some current legal issue with a dose of humor, but commentary nonetheless; as if Dennis Miller were a lawyer…and still mildly amusing. No legal advice here; you would have to pay real US currency for that (unless you are my mom, and even then there are limits). But feel free to contact us with your questions and comments—who knows, we might even answer you. And if you want to spread this stuff around, feel free to do so, but please keep it in its present form (‘cause you can’t mess with this kind of poetry). Big news: Copyright 2020. All rights reserved; yep, all of them.