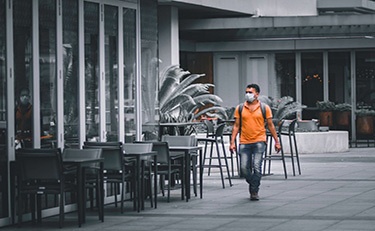 The Covid-19 pandemic has had a profound and likely lasting impact on the way litigation lawyers conduct their practice. Below are some practical tips for managing in this new environment.

While our local Superior Court has not made an official announcement to this effect, it has been our experience that civil trials will be continued into 2021. This is in part because of the backlog of criminal and unlawful detainer cases, which have priority. While law and motion hearings have continued to proceed, these are all done remotely in our local Superior and US District Courts – typically via Zoom.

An attorney’s facility with technologies such as Zoom is now key. There is a report of one civil matter in which the opposing party’s attorney experienced technical difficulties with logging in to a court hearing. In that instance, the Court deemed that the attorney’s non-appearance at the hearing to be the equivalent of non-opposition to the relief requested. The Court granted the relief requested in the face of the attorney’s “non-appearance” at the hearing.

If any lesson can be taken from this incident it is that counsel must be familiar with the technology and ideally have back-up systems in place.

The Use of Demonstratives in Hearings, Arbitrations and Mediations

One of the obvious drawbacks from having to make virtual appearances at court hearings, arbitrations and mediations is that the use of physical demonstratives is now impossible. As I understand it, Zoom allows parties to “share” their screens with other parties during a remote or virtual session. This means that for the creative lawyer, demonstratives such as charts, timelines or other graphics can be shown to the judge, arbitrator, mediator or, if selected by counsel, to the adverse side. This feature mitigates to some degree the lack of immediacy that a virtual or remote appearance would entail.

A key aspect of civil litigation in the United States is a lawyer’s right to depose (in other words, pose questions to) an adverse or third party witness under oath and in the presence of a court reporter. Like everything else, depositions have gone virtual. In this regard, there are now technologies which allow an attorney to load deposition exhibits which will be unseen to the adverse party’s lawyer until the examining witnesses chooses to introduce the particular exhibit. That technology also allows both the examining attorney and the witness to manipulate the exhibit – for example, by having the ability to “scroll” the document on the screen and thereby call the witnesses’ attention to a particular page or portion of the exhibit.

One of my partners had the experience of participating via Zoom in a court hearing. During a break in the proceedings, when the judge was communicating with her staff, she made some unflattering comments about one of the litigants. Unfortunately, she did not press the “mute” button. When her comments were revealed to her, she promptly recused herself.

This cautionary tale obviously also applies when co-counsel who are physically in the same place are conferring during the course of a Zoom hearing, negotiation or mediation. As to situations in which co-counsel are not physical present, I believe Zoom has a functionality to allow those counsel to go into a separate virtual “room” and confer in privacy and screened off from the Zoom session in which all parties are present.

As lawyers are accustomed to meeting prospective clients in person, lawyers will need to adapt in the ways that market. The limitation on face-to-meetings means that social media, especially Linked-in, is going to be more important. As I do a fair amount of professional writing, I have found that posting my articles both on my individual LinkedIn page and the firm’s LinkedIn has generated interest in the form of messages from referral sources and potential clients. While none of this has yet resulted directly in new business, I have found that increased visibility on LinkedIn and other platforms has enhanced my network and will potentially lead to new opportunities.