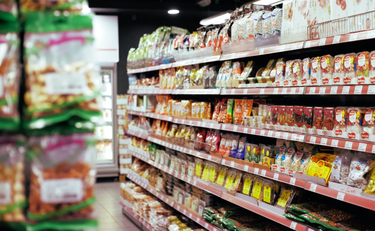 On January 5, 2021, the Los Angeles County Board of Supervisors considered an urgency ordinance requiring grocery stores to pay workers an additional $5/hour as “Hero Pay” due to the COVID-19 pandemic.

Supervisors Hilda Solis and Holly Mitchell put forth the motion and noted that “as the County experiences a record-breaking wave of COVID-19 cases, grocery retailers have experienced an increase in outbreaks with nearly 500 businesses currently under investigation in the County alone. The inability to practice social distancing consistently at work due to large crowds has not only increased exposure risks but also contributed to the psychological distress workers have felt during the pandemic, with research finding that employees with direct customer exposure were five times more likely to test positive for the virus.”

They also stated that “grocery and drug retail workers are among the heroes of this pandemic, putting their lives on the line – often for low wages and minimal benefits – in order to sustain our food system and maintain healthy communities. In March, several grocery store corporations offered $2 to $4 hourly raises to employees, at the outset of the pandemic. However, this increase, sometimes referred to as ‘Hero Pay,’ lapsed in May, while profits – and COVID-19 cases – have surged. It is imperative for this Board to act with urgency to support just compensation for these workers by requiring their employers to provide for 'Hero Pay.’”

The Board voted 4-1 on a motion to ask the County Counsel’s Office to draft an urgency ordinance and report on the feasibility of the ordinance, and any legal issues with implementation. The urgency ordinance would require that stores located in the unincorporated areas of the County of Los Angeles, that are covered by Appendix B-1 of the County of Los Angeles Department of Public Health Targeted Temporary Safer at Home Health Officer Order, and are publicly traded or have at least 300 employees nationwide and more than 10 employees per store site pay all of their workers an additional $5 per hour in wages for a 120-day period.

The Board will consider the report and make a final vote on the ordinance at its January 26, 2021 meeting.