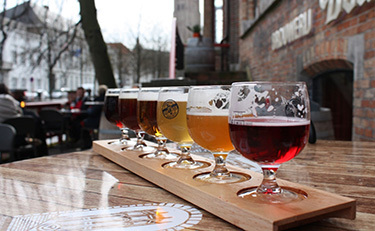 A jury in the United States District Court for the Southern District of California last month found that an international beer conglomerate’s marketing of one of its drinks infringed on the trademark of a smaller, independent craft brewery. Plaintiff Stone Brewing Company, LLC, an independent craft brewery based in San Diego, sued Molson Coors Brewing Company and related entities, alleging that Molson Coor’s rebranding of its Keystone beer infringed on Plaintiff’s “STONE” trademark.

Named after a ski resort in Colorado, the original branding for Molson Coor’s Keystone beer clearly stated “Keystone” on the cans, with a depiction of a mountain range in the background, a nod to the ski resort after which the beer was named. In 2017, however, Molson Coors updated the branding by dropping the mountain logo and essentially dropping “Key” from its name, instead emphasizing “STONE” on the product’s cans, packaging, as well as in several social media posts.

Stone’s lawsuit alleged that Molson Coor’s rebranding was a thinly-veiled attempt to both diminish Stone’s trademark rights in the “STONE” trademark as well as an attempt to capitalize on Stone’s reputation and image as a premiere independent craft brewery. Stone alleged causes of action for trademark infringement, false designation of origin, trademark dilution, unfair competition, and declaratory relief.

In the March 30 verdict, the jury found that Molson Coors had infringed on Stone’s “STONE” trademark and awarded Stone $56,000,000 in damages. The jury did not find, however, that Molson Coor’s infringement was willful.