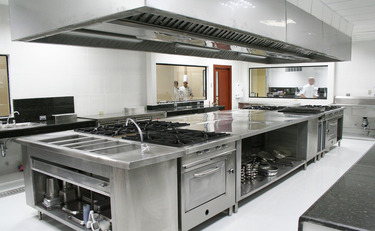 Since the inception of the pandemic, “ghost kitchens” – or shared commercial spaces which host multiple restaurant brands only serving food via delivery or takeout – have presented a surprising silver lining for both restaurateurs and commercial real estate owners alike. For commercial real estate owners, ghost kitchens present an invaluable opportunity to market real estate spaces that have otherwise lost value with the decline in brick and mortar retail. For restaurateurs, ghost kitchens provide significant savings on the rent and labor costs associated with a traditional restaurant, such that both new and established brands can expand with less expense and less risk.

The main difference between trademark and trade dress law is that trade dress law offers potential protection to a broader range of elements and is intended to protect against consumer confusion.

While trademark law looks to a particular word, symbol or logo, trade dress law concerns the total physical image or impression of the product or business, including colors, designs, associated words and slogans. As with unregistered trademarks, unregistered trade dress is protectable under the Lanham Act. Thus, certain elements of a product’s appearance or image might be protectable as both a trademark and a trade dress, and a particular word or logo trademark might be part of an overall trade dress. Trade dress protection is also broader because it triggers state law protections against unfair and deceptive trade practices and consumer fraud.

Trade dress protection will play an important role in the ghost kitchen world because “ghost restaurants” lacking a physical space will likely be able to signal to their consumers that they are copying a certain popular brand without necessarily using a specific protected logo or symbol. Established brands’ efforts to protect their logos will not change, but what will become more difficult is protecting their trade dress—their overall impression or image—against ghost restaurants’ attempts to steal their brand. Indeed, the seminal U.S. Supreme Court case on trade dress infringement, Two Pesos, Inc. v. Taco Cabana, Inc., involved the overall “impression” of a restaurant and held that a restaurant’s décor, layout and overall appearance collectively merited trade dress protection as “inherently distinctive.” 505 U.S. 763, 765, 776 (1992).

The California brand In-N-Out’s efforts to protect its trademarks and trade dress provides a helpful hypothetical example of the ways in which ghost kitchens may complicate efforts by established brands to protect their intellectual property. In-N-Out has made a name for itself suing other burger restaurants on trademark and trade dress grounds. In 2011, In-N-Out sued a New Jersey restaurant called “Grab N Go” which had a red and yellow logo that looked similar to its own, a “Wild Style” burger mimicking the classic “Animal Style” burger, and red and white designs in the restaurant which copied the color scheme of In-N-Out’s restaurants. In-N-Out has successfully sued other copycat restaurants in other states and has gone so far as to sue Puma, the shoe brand, for engaging in trademark and trade dress infringement by making sneakers that allegedly use In-N-Out trademarks and have copycat red and yellow designs. In-N-Out Burgers v. Puma N. Am., Inc. et al, No. 8:19-cv-00413 (C.D. Cal. Mar. 1, 2019) (Find In-N-Out’s Complaint in the action here).

In-N-Out’s aggressive trademark and trade dress infringement claims may be less successful against a ghost restaurant copying some of its unique brand characteristics. What if a ghost restaurant merely copies In-N-Out colors and has a similar menu? There is no physical location supporting any overall confusion as was the case with Grab N Go. What if the ghost restaurant merely copies the menu items without even copying In-N-Out's colors? A burger menu alone is indubitably less “distinctive,” unique or potentially confusing to a consumer than a competitor’s combined use of In-N-Out’s menu, logo and color scheme in its physical location. Thus, “ghost restaurants” could open the door to more brand infringement not necessarily protected by existing intellectual property laws, leaving well-known food brands vulnerable when customers are drawn to the convenience of the ghost restaurant or when the established brand is unavailable in the customer’s location.

Ghost restaurants could also dilute the “distinctiveness” of any well-established brand if a number of slightly similar brands explode through the expansion of ghost kitchens. For example, enough ghost restaurants across the country copying In-N-Out’s signature “Animal Style” menu item could cause the concept to lose its “distinctiveness” and dilute whatever intellectual property rights In-N-Out currently claims to have in the concept, not to mention the value of this portion of the In-N-Out brand. Again, a similar menu or menu item alone – without copying a trademarked name or logo – may not be distinctive enough to support a trade dress infringement claim. Courts would be reticent to prevent people from imitating menus that they can easily reverse engineer and recreate. Moreover, even if the menu or menu item was sufficiently distinctive, the ease with which new actors could discretely appear in the ghost kitchen market would make it harder to learn of these instances of infringement.

Accordingly, as ghost kitchens change the restaurant industry in numerous ways, they will likely also cause an expansion of trade dress infringement theories in the industry, as established restaurant brands test the limits of their trade dress protections against new ghost restaurants attempting to ride the coattails of their brand recognition.

ECJ is hosting a panel discussion on Ghost Kitchens & Virtual Brands - What’s Now and What’s Next on May 6, 2021. Free registration here.