ECJ Blogs
In a Ponzi Scheme Are Referral and Broker Fees Recoverable?
By Peter A. Davidson on 07.17.2019
Posted in Ask the Receiver 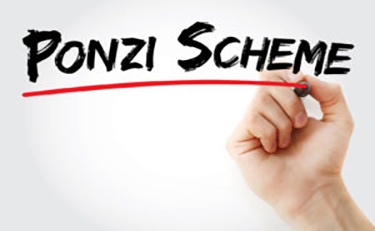 Q: I am a receiver in a Ponzi scheme case. While I know I can sue to recover excess payments made to investors in the scheme, the false profit they were paid, per Donell v. Kowell, 533 F3d 762 (9th Cir. 2008), in my case large sums were paid as referral or broker fees to get investors to invest. Are those payments recoverable in the Ninth Circuit?

The divergent view is based on how “value” is measured. As explained by the Fifth Circuit in Janvey v. Golf Channel, Inc., 834 3d 570 (5th Cir. 2016), the Bankruptcy Code, and arguably the Uniform Fraudulent Transfer Act, which was modeled after the Code, measures value from the standpoint of creditors, not from that of a buyer in the marketplace. Because soliciting investors in a Ponzi scheme harms creditors, the services are of no value. Other courts and some statutes, such as Texas’ fraudulent transfer statute [Texas Business & Commerce Code §24.004(a)] measure value by the worth of the services in the marketplace. As the Texas statute states what: “the transferor would have sold the assets in an arm’s length transaction”.

Up to now, the Ninth Circuit had not ruled on this issue. However, in a memorandum decision issued in December 2018, Hoffman v. Markowitz, 2018 WL 6735199 (9th Cir. 2018), the Ninth Circuit, without announcing a per se rule, sided with the cases following Warfield v. Byron, supra. holding they were better reasoned. It found, in the case before it, that because the only service the defendant provided was to refer others to the Ponzi scheme, he did not provide “reasonably equivalent value” for the referral fees he received.

Judge Nelson, concurring, would have gone further and held: “the payments are per se voidable because investor referrals do not provide value to the Ponzi scheme. Rather, each referral increases the Ponzi scheme’s liabilities and its inevitable insolvency”. She argued her view was not only consistent with California’s Uniform Voidable Transaction Act but also California Supreme Court authority that value is to be measured from the stand point of creditors, not debtors. Hansen v. Cramer, 39 Cal. 2d 321, 324 (1952).

Peter A. Davidson is a Senior Partner of Ervin Cohen & Jessup LLP a Beverly Hills Law Firm. His practice includes representing Receivers and acting as a Receiver in State and Federal Court.