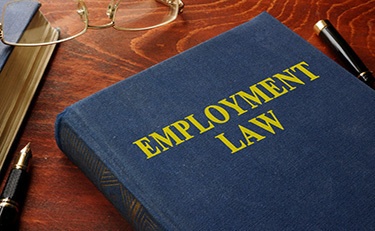 On Tuesday, a U.S. District Court judge in Texas issued a nationwide preliminary injunction delaying the U.S. Department of Labor rule that would have dramatically increased the minimum salary threshold to qualify as exempt from overtime on December 1st.  The rule would have raised the annual salary required for exempt status from $23,660 to $47,476, which was expected to result in millions of employees becoming eligible for overtime pay because their salary would not meet the new threshold.   The judge’s decision stated that the Obama administration overstepped its authority by raising the salary threshold so high that it effectively supplants the duties test that Congress intended would determine eligibility for the exemption.  The injunction halts the enforcement of the rule until the government can obtain an order from an appeals court, which may be difficult in the conservative Fifth Circuit.  And with Donald Trump’s presidential victory and the Republican majority in both houses of Congress, it appears unlikely that the Department of Labor will be able to revive the rule. We will keep you updated on further developments as they occur.

This blog is presented under protest by the law firm of Ervin Cohen & Jessup LLP.  It is essentially the random thoughts and opinions of someone who lives in the trenches of the war that often is employment law–he/she may well be a little shell-shocked.  So if you are thinking “woohoo, I just landed some free legal advice that will fix all my problems!”, think again.  This is commentary, people, a sketchy overview of some current legal issue with a dose of humor, but commentary nonetheless; as if Dennis Miller were a lawyer…and still mildly amusing.  No legal advice here; you would have to pay real US currency for that (unless you are my mom, and even then there are limits).  But feel free to contact us with your questions and comments—who knows, we might even answer you.  And if you want to spread this stuff around, feel free to do so, but please keep it in its present form (‘cause you can’t mess with this kind of poetry).  Big news: Copyright 2016.  All rights reserved; yep, all of them. If you have any questions about this article, contact the writer directly, assuming he or she was brave enough to attach their name to it.

If you have any questions regarding this blog or your life in general, contact Kelly O. Scott, Esq., commander in chief of this blog and Head Honcho (official legal title) of ECJ’s Employment Law Department.