ECJ Blogs
How Receivers Should Deal With Secret Liens
By Peter A. Davidson on 01.09.2019
Posted in Ask the Receiver 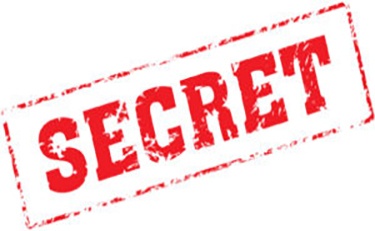 Q: I am the receiver for a small grocery store and restaurant owned by an uncooperative divorcing couple. I am in the process of selling the store and restaurant and paying claims. I have been contacted by a few parties who say they have liens that need to be satisfied. I have run a UCC search and obtained a title report and I don’t see the liens they claim. I told this to one of their lawyers and he said his clients have “secret liens.” What in the world are “secret liens” and how am I supposed to know about them and deal with them?

A: Unfortunately there are numerous “secret liens,” sometimes called “hidden liens,” that cannot be found by searching public records. They exist under both California and federal law. They have been created by the legislature to protect various parties and interests, without thought to how third parties can find them. A report prepared by the State Bar, Business Law Section, in 2010 identified over 155 secret liens; some you may have heard of but not appreciated, others you likely never heard of. The Bar report lists the liens in six broad categories: (1) Liens arising in litigation, (2) Agricultural liens, (3) Liens arising in sales transactions, (4) Liens for performance of services, (5) Tax and governmental liens, and (6) Liens on particular types of personal property.

In the litigation arena, one of the most common “secret liens” is a lien on all of a judgment debtor’s property which arises when the judgment debtor is served with an order for his judgment debtor examination (known as an “ORAP” lien) (C.C.P. § 708.110). The lien lasts for one year after the order is served.

In the agricultural area, the most common, and far reaching, “secret lien” is the PACA lien, created under the Perishable Agricultural Commodities Act (7 U.S.C. § 499 et seq.). In summary, if “perishable agricultural commodities” (which include fruits and vegetables) are sold, which have been shipped through interstate or foreign commerce, and have not been paid for by the buyer, the seller has a lien not only on the PACA commodities sold, but also on the products derived from the commodities and the proceeds from the sale of the commodities. So, for example, if the commodities are turned into meals by a restaurant, or into some other product, the PACA seller has a lien on the proceeds of the meals or product. JC Produce Inc. v. Paragon Steakhouse Restaurants, Inc., 70 F.Supp. 2d 1119 (E.D. Cal. 1999). The PACA lien is perfected by the seller simply providing notice to the buyer of the lien within 30 days of the buyer’s default.

There are far too many “secret liens” to list or discuss here, however, a 2013 update of the Bar report can be found online by simply Googling: “California hidden liens.” One important “secret lien” not listed is the lien a receiver gets upon his appointment. California Commercial Code § 9102 (52)(E) defines a “lien creditor” as, among other things: “A receiver in equity from the time of appointment.” The receiver’s lien is superior to any unperfected security interest at the time of his appointment. So, the receiver is ahead of unsecured creditors and security interests that are not properly or timely perfected. Commercial Code § 9317(a)(2).

As to how to deal with the “secret lien” problem, the best practice is to file a motion to establish a claims procedure, requiring anyone who has a claim to receivership assets to file their claim with the receiver by a certain date. The claim form should include a section asking the claimant if he or she asserts a lien on any of the receivership assets and, if so, to provide details. Once the time for filing claims expires, the receiver, after reviewing the claims, should file a motion asking the court to approve the receiver’s determinations of who has allowed claims and the amounts and directing the receiver who to pay. In this way, the receiver is immunized because when he then distributes the estate’s funds he is doing so pursuant to court order.