ECJ Blogs
Getting Your Insurer To Favorably Resolve Litigation
By Peter S. Selvin on 10.10.2022
Posted in California Insurance Law Commentary 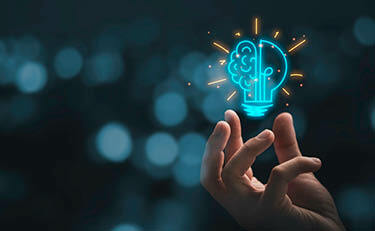 Where a liability carrier has assumed its insured’s defense under a reservation of rights, a variety of conflicts between those parties may arise when there are settlement discussions to resolve the underlying litigation. These conflicts include:

The question then arises: what tools does the insured have to influence its insurer to accept a settlement or to otherwise protect the insured’s interests despite these potential conflicts?

Obtain Independent Counsel. Under Civil Code section 2860, an insurer is required to fund independent counsel for its insured when a conflict of interest arises between the parties. Such a conflict is deemed to arise when “an insurer reserves it rights on a given issue and the outcome of that coverage issue can be controlled by counsel first retained by the insurer for the defense of the claim.” Cal. Civ. Code § 2860(b).

This option, however, has limitations. While independent counsel may more effectively advocate for settlement than the counsel selected by the insurance company, the insurer retains control of settlement, even where it is defending under a reservation of rights. See, e.g., Rose v. Royal Ins. Co. of Am., 2 Cal. App. 4th 709, 715 (1991).

Leverage the Insurer’s Duty to Accept a Reasonable Settlement to Increase the Insurer’s Settlement Contribution. If the insured faces the prospect of a judgment in excess of policy limits, the insurer has an obligation to accept a reasonable settlement demand within policy limits. See Comunale v. Traders & Gen. Ins. Co., 50 Cal. 2d 654, 659–60 (1958). In considering whether to accept the claimant’s settlement demand, an insurer has an implied duty of good faith that requires it to consider the interests of its insured on at least an equal level with its own. This duty requires it to evaluate settlement proposals as though it alone carried the entire risk of loss. Diamond Heights Homeowners Ass’n v. Nat’l Am. Ins. Co., 227 Cal. App. 3d 563, 578 (1991).

Nevertheless, because of this potential exposure, a liability insurer may contribute more toward a settlement than it otherwise would. This is a key leverage point that the insured’s counsel can utilize in the course of settlement discussions.

The pendency of a coverage dispute with its insured does not affect, much less lessen, the insurer’s duty to act in good faith with respect to the settlement of a potentially covered claim. In California, an insurer may not consider its own coverage defenses in evaluating the reasonableness of a potential settlement. Johansen, 15 Cal. 3d at 16. Indeed, “[t]he existence of a coverage dispute, however meritorious the insurer’s position, is simply not a proper consideration in deciding whether to accept an offer to settle the claim against the insured.” Archdale v. Am. Int’l Specialty Lines, 154 Cal. App. 4th 449, 464–65 (2007).

Consider Settling with the Claimant Directly. The duty of good faith is important because a breach by the insurer of that duty relieves the insured of its obligation to secure the insurer’s consent before settling with the claimant. See Jamestown Builders, Inc. v. Gen. Star Indem. Co., 77 Cal. App. 4th 341, 347–48 (1999) (“The no-voluntary-payments provision is superseded by an insurer’s antecedent breach of its coverage obligation. And the burden of proof shifts to the insurer to show that the settlement [entered by the insured] was not reasonable or was the product of fraud or collusion.”).

In such a case, the insured will argue that the carrier’s breach of its duty to settle excused its own compliance with the policy’s no-voluntary-payments provision. Indeed, some courts hold that when the insurer has refused to effect a reasonable settlement either negligently or in bad faith, the insured may make a settlement on its own initiative then sue the insurer to recover the amount expended, notwithstanding the policy provision that no action may be filed against the insurer unless the insured has complied with all policy terms. See, e.g., Diamond Heights, 227 Cal. App. 3d at 581.

A treatise summarizes this principle as follows: “Once an insurer breaches the duty to deal in good faith with respect to settlement, the insured may make a reasonable settlement and then seek reimbursement from the insurer. A breach of the insurer’s implied duty to deal in good faith on settlement issues, like breach of any express provision of a policy such as the duty to defend, results in the insurer forfeiting its rights to enforce such policy provisions, including a no-action clause or cooperation clause, which may have given the insurer the right to be involved in settlement of the underlying claim . . . .” 2 Jeffrey E. Thomas et al., New Appleman Insurance Law § 24.19[2] (2021 ed.).

But settlement with the claimant without the insurer’s participation or consent does carry risk. Because the insured’s breach of the policy’s consent or no-voluntary-payments provision will usually lead to a loss of coverage, the insured must establish in any subsequent bad faith lawsuit that the carrier committed an antecedent breach by failing to satisfy its duty to settle.

Convince the Carrier to Front the Settlement Payment, Subject to a Right of Reimbursement. The California Supreme Court in Blue Ridge Insurance Co. v. Jacobsen, 25 Cal. 4th 489, 502 (2001), held that where a liability insurer funds settlement of a claim involving both covered and uncovered claims, it may seek reimbursement from its insured in a subsequent lawsuit as to settlement amounts allocable to the uncovered claims.

The pathway outlined in Blue Ridge has advantages for both the insurer and the insured. As to the insurer, fronting the settlement payment subject to the right of reimbursement presumably insulates it from a subsequent bad faith suit relating to its duty to settle, albeit at the risk the insured may be incapable of reimbursing the payment. As to the insured, Blue Ridge enhances the likelihood that its liability insurer will resolve the underlying claim. This is because it gives the insurer the right to recoup those portions of its payment relating to uncovered claims.

Seek a Stay of the Insurer’s Declaratory Relief Action. It is not unusual for an insurer defending under a reservation of rights to bring a declaratory relief action seeking a determination that there is no coverage for the underlying claim. Because suits for declaratory relief are entitled to a trial preference, Cal. Civ. Proc. Code § 1062.3, an insurer may be reluctant to settle the claim in the hopes it will get a judicial determination that there is no coverage before the underlying liability case goes to trial.

An insured can even the playing field by seeking to stay the insurer’s declaratory relief action pending the outcome of the underlying liability suit, especially where there are overlapping issues between the liability and coverage suits. United Enters., Inc. v. Superior Ct., 183 Cal. App. 4th 1004, 1011 (2010). The theory behind this principle is that the insured is not obliged to fight a “two-front war.” Haskel, Inc. v. Superior Ct., 33 Cal. App. 4th 963, 979 (1995).

Staying the insurer’s declaratory relief case improves the insured’s bargaining power with its insurer. This is because absent the prospect of a quick determination of noncoverage, the insurer will likely have to continue funding its insured’s defense until the liability suit concludes. In these circumstances, the insurer may become more flexible in settling the underlying case.

These are some of the strategies that an insured can utilize to bring its liability insurer to the table and resolve an underlying liability case.

This article first appeared on the ABTL Report .